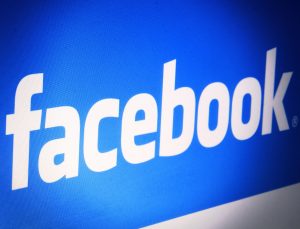 Facebook won the dismissal of two lawsuits brought by victims of terror attacks and their families who claimed the social media giant helped groups in the Middle East, such as Hamas, by giving them a platform to air their incendiary views.

U.S. District Judge Nicholas Garaufis, in the New York borough of Brooklyn, ruled Thursday that a U.S. law insulates publishers from liability for the speech of others and rejected claims that Facebook could be held responsible for “provision of services” to Hamas in the form of access to user accounts.

“This attempt to draw a narrow distinction between policing accounts and policing content must ultimately be rejected,” Garaufis said. “Facebook’s choices as to who may use its platform are inherently bound up in its decisions as to what may be said on its platform.”

Garaufis oversaw two lawsuits, where plaintiffs represented about 20,000 victims and their families. During a hearing in March, Robert Tolchin, a lawyer for the plaintiffs, argued that a federal statute allows victims of terror attacks to seek damages from parties that provide communications facilities that lend support to attackers.

The Communications Decency Act bars the courts from allowing such lawsuits to proceed, Garaufis ruled. The judge said the plaintiffs incorrectly “seek to impose liability on defendants like Facebook for allowing third parties to post offensive or harmful content or failing to remove such content once posted.”

The suits were the latest around the U.S. testing whether victims of terrorist attacks and their families can hold social-media companies to blame for allowing violent extremists to use their platforms to recruit followers.

At the March hearing, Craig Primis, a lawyer for Facebook, noted that similar suits around the country have also been dismissed under the act.