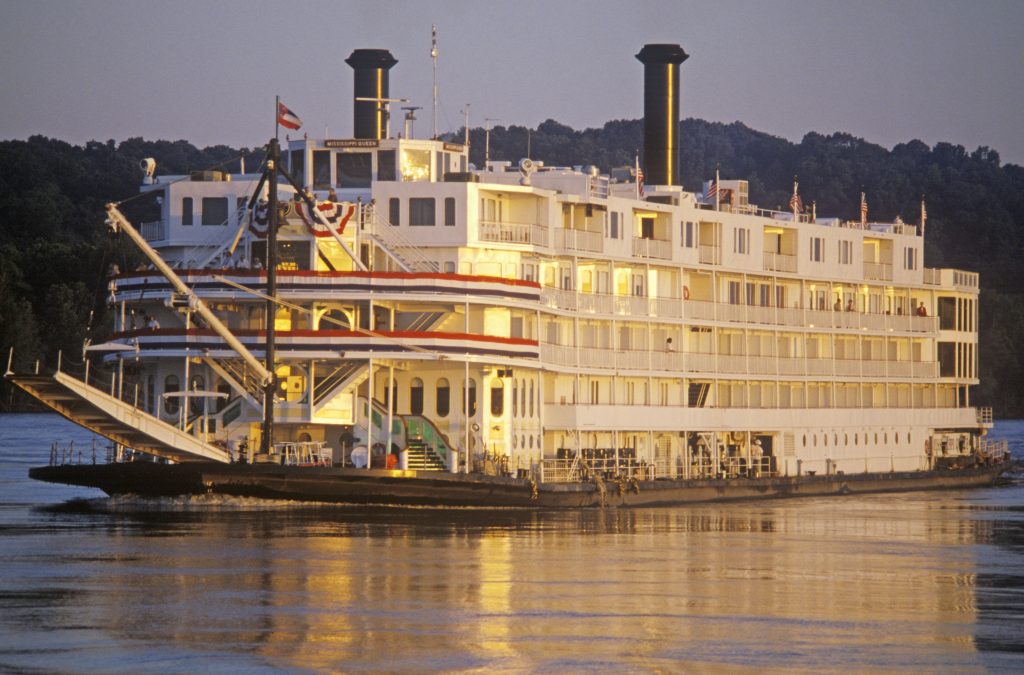 The Senate voted overwhelmingly last month to permit a 90-year-old stern-wheel steamboat named the Delta Queen to travel the Mississippi River as an overnight cruise ship for up to 174 passengers.

Relaunching the now-idle boat would rekindle a connection to the region’s history and inject millions of tourist dollars and hundreds of jobs into states up and down the river, supporters of the measure said.

It seemed like a feel-good story, and the state and local media played it that way.

There was just one problem: The vote exempted the vessel from a fire-safety law despite fresh Coast Guard warnings that such a move would create a hazard for passengers on the largely wooden boat. Some of the biggest maritime disasters in history have occurred when wooden steamboats caught fire on U.S. rivers.

The Delta Queen is just one boat. But it speaks to a larger congressional phenomenon. While bad things sometimes happen when lawmakers won’t cross party lines to pass needed legislation, bad things may also happen when the opposite occurs — when lawmakers form bipartisan coalitions based on self-interest to do something experts say is not wise.

Supporters of the exemption bill, sponsored in the Senate by Missouri Democrat Claire McCaskill and in the House by Ohio Republican Steve Chabot, say it requires the Delta Queen to be made safer. But the bill would not make that happen anytime soon, and even if all its requirements eventually take effect, it’s still not adequate, the Coast Guard says.

Nevertheless, the Senate passed the bill 85-12, and the House may vote on an identical measure any day now.

The issue isn’t whether or not to preserve the boat. Rather, the question is solely about whether to allow it to carry passengers on the river at night. The Delta Queen’s brother ship, the Delta King, operates safely as a dockside hotel in Sacramento, Calif.

“Fire on a ship is a scary proposition in any circumstance, and on one not fully prepared for it, even more so,” says Ellis, a former Coast Guard officer. “These common-sense safety rules have been on the books for nearly 50 years, and lawmakers should remember all of this when voting.”

McCaskill acknowledges that providing economic help to her state is one of her leading motivations for trying to get the Delta Queen operating again. The St. Louis area alone would net 170 jobs and more than $36 million a year in business.

“It is very important that we save this vessel not only for what it means to our country,” McCaskill said on the Senate floor the day that chamber voted, “but also what it means in jobs and economic activity to an important area of the state that I love to call home.”

The Department of Homeland Security, or DHS, which oversees the Coast Guard, has no such parochial concerns. The safety provisions in the bill are not sufficient to make the boat safe, DHS told senators earlier this year in a previously undisclosed missive.

“The use of wood construction, even when supplemented by other fire safety measures, has failed time and again to provide an acceptable level of safety for United States citizens carried on board ships,” the DHS document said. “Given the risk that a marine casualty aboard the DELTA QUEEN poses to life, property, and infrastructure, and consistent with the Coast Guard’s historical opposition to legislation that would exempt this vessel from modern fire structural requirements, DHS must oppose S 89,” the McCaskill bill.

“We do not support an exemption for any vessel that would increase the risk, particularly of fire at sea,” Rear Adm. Paul Thomas, the Coast Guard’s assistant commandant for prevention policy, told a House panel May 3.

Even supporters of the Delta Queen’s use as an overnight cruise ship concede the boat does not pass safety muster. The bill, in fact, requires that the following sign be posted in every stateroom on the Delta Queen: “THIS VESSEL FAILS TO COMPLY WITH SAFETY RULES AND REGULATIONS OF THE U.S. COAST GUARD.”

When Congress considered similar legislation last year, DHS warned lawmakers, in writing, that Delta Queen’s engine room boilers “open directly to the aged and dry wood structure,” that “a fire within any one compartment could readily spread horizontally and vertically” and that the only way off the ship is via a gangway that would run “directly through the likely location of the fire.”

Congressional approval is needed to give the Delta Queen an exemption from U.S. law and Coast Guard regulations requiring that any vessel with overnight accommodations for 50 or more passengers be constructed of fireproof materials.

The Delta Queen received several exemptions from the law in the past half-century, the only such ship to get special treatment. But the most recent of these exemptions lapsed in 2008.

After that, the ship went from plying the Mississippi River to operating for a while as a floating hotel in Chattanooga, Tenn.

Senate leaders from both parties pressured their colleagues to back the Delta Queen exemption.

The path to the Senate vote last month was cleared when Sen. Richard Blumenthal, a Connecticut Democrat, who is said to have had a hold on the bill up to that point, dropped his hold just ahead of the vote.

Blumenthal now says he does not recall the hold and declines to comment on any pressure he received to relent.

He had been outspoken about the Delta Queen in the past because of his ties to a competing shipbuilder, Charles Robertson, the top executive at American Cruise Lines Inc. of Connecticut.

“I understand Sen. Schumer has put a lot of pressure on various senators because of his concern about McCaskill’s re-election,” Robertson says. Schumer’s spokesman declined to comment on the senator’s role.

Schumer would have had good reason to back McCaskill. With her second term expiring next year, she is a pivotal member of the Senate’s Democratic caucus. She always faces a challenge in conservative Missouri, and control of the Senate in 2019 could be directly affected by the outcome of her next race.

Robertson also owns a company in Maryland called Chesapeake Shipbuilding Corp. Maryland Democratic Sen. Benjamin L. Cardin has been a critic of the Delta Queen exemption as well, and spoke out against it on the floor last month.

Cardin acknowledges it was Robertson, whom he called “a major economic factor” in Maryland, who first told him about the Delta Queen issue.

“But,” Cardin adds, “I think I’d be opposed to this bill under any circumstances, because of the public health issues. … It’s not right for the people who are put at risk. And it’s not right for having a uniform standard for an industry.”

Democrats were not the only ones under internal party pressure in the Senate to support the exemption. McCaskill’s measure was backed by members of the Senate GOP leadership — namely fellow Missourian Roy Blunt and Rob Portman of Ohio — among other influential Republicans.

Supporters of exempting the Delta Queen from the safety law say the exemption bills would require major safety upgrades to the boat.

“I am not entirely sure what basis any concerns about her safety may have,” Chabot, the sponsor of the House exemption bill, tells CQ Roll Call in a statement.

“We don’t force people to tear down historic buildings because they were not built to current codes,” McCaskill says. “We force them to do some things but maintain their historic character. You cannot have a historic wooden paddleboat on the Mississippi River if you make them take all the wood out of a boat.”

The legislation, however, provides a lot of wiggle room for the upgrades. The boat must make “structural alteration” to 10 percent of the boat per year, focusing on certain areas of the boat made of combustible materials, the bill says.