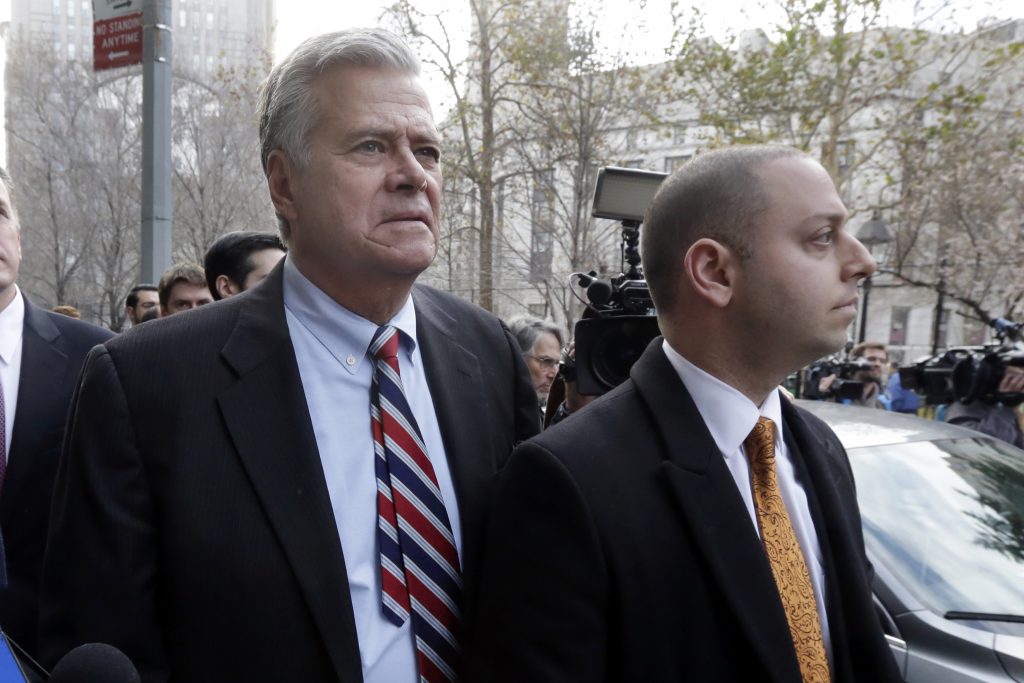 A three-judge panel of the U.S. Court of Appeals for the Second Circuit heard attorney Alexandra Shapiro argue that the convictions of Dean and Adam should be vacated, as that would be consistent with a recent U.S. Supreme Court ruling reversing the conviction of former Virginia governor Bob McDonnell.

The court did not seem to be on Skelos’ side Thursday. Circuit Judge Reena Raggi of the 2nd U.S. Circuit Court of Appeals challenged Shapiro repeatedly, saying Shapiro was being “a little selective in the facts.”

The senior Skelos was sentenced to five years in prison after prosecutors said he strong-armed three companies into giving his son $300,000.