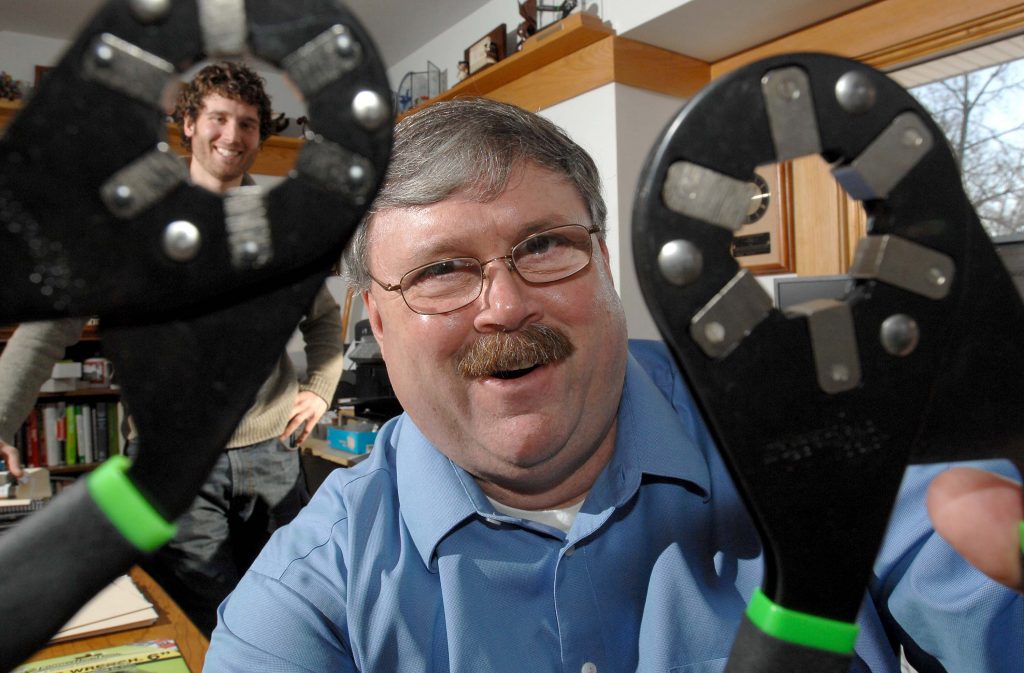 The father and son behind a Palos Park, Ill., tool company thought Sears Holdings’ Craftsman brand locking wrench looked a lot like their patented Bionic Wrench — in fact, a little too much.

“You don’t often see David in the David vs. Goliath battles win,” said Dan Brown Jr., who runs the company with his father. “It’s a huge win for small businesses, small inventors and people who think if they have a great idea they should be able to bring it to the market and not be crushed by a corporate giant.”

Brown Sr. founded LoggerHead tools in Palos Park and launched his U.S.-made Bionic Wrench invention — an adjustable-size wrench with a plierslike grip — in 2005. The product racked up $20 million in retail sales in the next three years, according to the lawsuit.

Sears placed its first order with LoggerHead in 2009, and ordered more Bionic Wrenches each year until 2012, when it introduced the Craftsman-brand Max Access Locking Wrench, which sold for nearly half the price.

LoggerHead sued Sears and Apex in 2012, claiming Max Access was a “virtual copy” of its product. Last week, a jury awarded damages — based on the number of Craftsman Max Axcess wrenches Sears sold — totaling nearly $6 million.

Sears and Apex both said they were “disappointed” in the verdict. Sears also said Apex would pay all damages in the case. Apex spokeswoman Kelly Rhoads said the company would likely file an appeal.

Usually, inventors at small companies don’t have the resources to go head-to-head with a major corporation they think copied their design and either don’t sue at all or settle for “pennies on the dollar,” said Paul Skiermont, the Browns’ attorney.

Dan Brown Jr. said he and his father felt they had to go to court to defend their intellectual property or run the risk even more retailers would choose to create a knockoff. The Bionic Wrench remains LoggerHead’s flagship product.

Skiermont said the company LoggerHead plans to request the judge consider awarding additional damages because the jury found both companies willfully infringed on LoggerHead’s patents. LoggerHead also will be seeking an injunction that would keep the alleged copycat products off the market, he said.