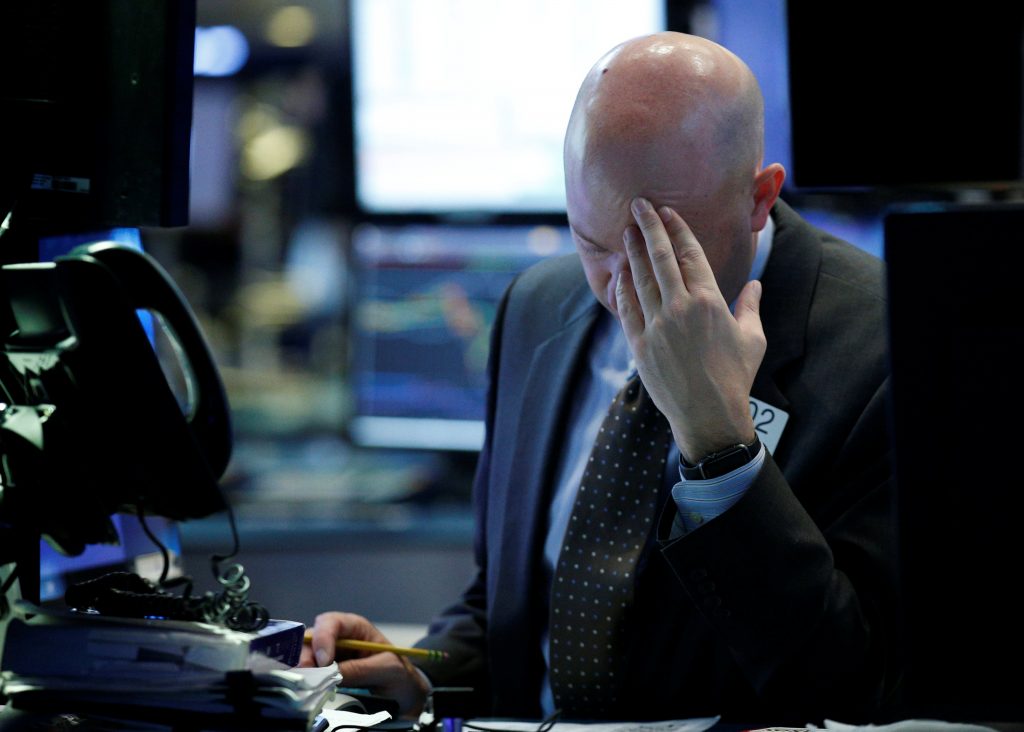 The steep drop, which sent the Dow Jones Industrial Average down more than 300 points, ended an unusually long period of calm in the markets. Financial stocks, which had soared in the months since the election, slumped the most as bond yields declined and traders piled into utilities, gold and other traditional safe-haven assets.

Small-company stocks fell more than the rest of the market. The Russell 2000 index sank 38 points, or 2.8 percent, to 1,355. Those companies would stand to benefit even more than large ones from corporate tax cuts Trump is proposing. They also had risen sharply in the months following the election.

THE QUOTE: Investors are questioning whether or not President Donald Trump’s agenda can remain on track in light of the growing questions and allegations playing out in the media, said Quincy Krosby, market strategist at Prudential Financial.

“You could see gold was up, the dollar weakened and money went into the Treasury markets,” Krosby said. “As long as it seems as if the Trump agenda can be realized before the midterm election, it’s OK with the market; but once you introduce uncertainty into that trajectory, that’s something the market has to reassess.”

TRUMP JITTERS: A published report late Tuesday revealed that President Trump allegedly made a personal appeal to now-fired FBI Director James Comey to drop the bureau’s investigation into former National Security Adviser Michael Flynn. The White House denied the report. Even so, the latest political drama unfolding in Washington weighed on markets, stoking concerns over how the potential fallout may affect the Trump administration’s ability to pass corporate tax cuts and other business-friendly reforms.

CALM RIDE ENDING? The market is coming off an unusually long period of calm after hitting a series of record highs. On Tuesday, the S&P 500, the benchmark favored by professional investors, marked its 15th straight day of moving up or down by less than 0.5 percent. It closed at its latest record high on Monday.

JACKED: Jack in the Box climbed 5.7 percent after the restaurant chain’s latest quarterly results exceeded Wall Street’s forecasts. The company also said it would consider spinning off its Qdoba Mexican restaurant chain. The stock added $5.85 to $107.74.

CURRENCIES: Unease over the potential implications of the latest political fallout in Washington weighed on the dollar Wednesday. The euro strengthened to $1.1150 from $1.1095. Against the yen, the dollar was down to 111.12 yen from 113.03.