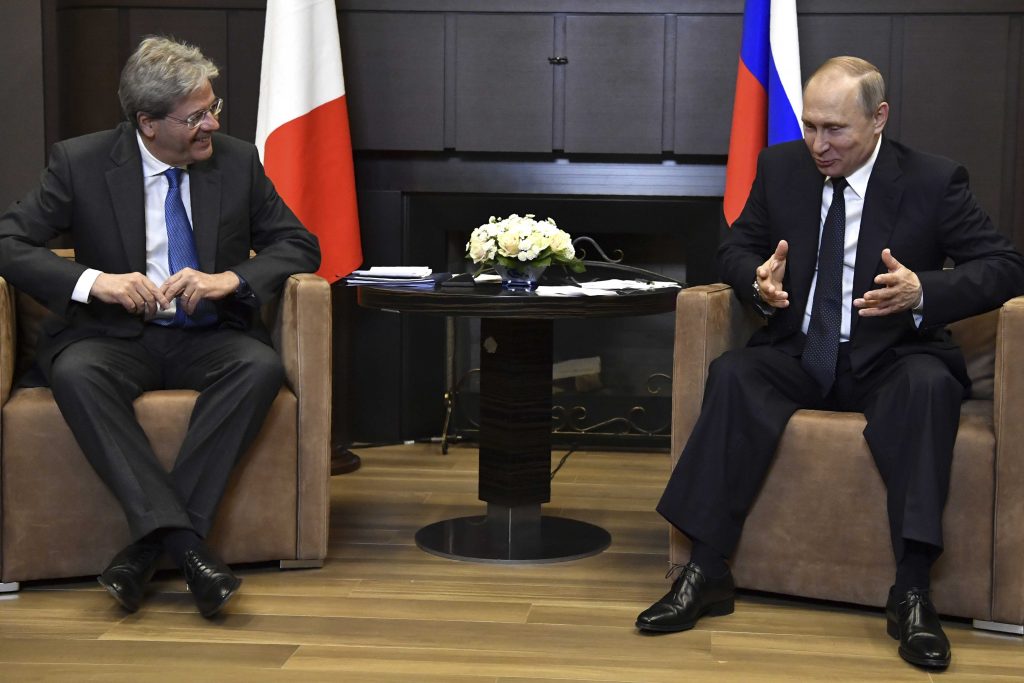 President Trump came under fire earlier this week after it was revealed that he shared the sensitive intelligence with Russian Foreign Minister Sergey Lavrov and Russian ambassador to the U.S. Sergei Kislyak.

Speaking at a joint news conference with the visiting Italian prime minister on Wednesday, Putin said he had “no other explanation” as to why Trump came under attack other than “political schizophrenia.” President Putin even suggested that Russia share the records of last week’s talks between President Trump and Lavrov with the U.S. Congress, if the White House approved.

“It’s hard to imagine what else these people who generate such nonsense and rubbish can dream up next,” said Putin.

President Putin joked that that he would reprimand Lavrov because “he hasn’t shared those secrets with us.”

A Kremlin aide, Yuri Ushakov, later told reporters that Moscow had in its possession a written record of the conversation, not an audio recording.

Russia has repeatedly said that anti-Russian politicians in the United States are using groundless fears of closer ties with Moscow to sabotage any rapprochement and damage Trump in the process.