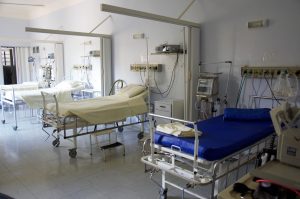 Israel has a very well-developed public health system, but many patients have complained of long waits for elective surgery. As a result, many have moved beyond the public health system to private doctors and hospitals, a new poll by the Myers JDC Brookdale Institute says. The poll questioned a representative sample of over 2,500 Israelis, with 36 percent of them saying that they had gone to a private doctor for treatment at one time or another, paying directly or via an insurance policy that covers private doctors.

Besides trying to avoid a long wait, many patients said that they decided to go private in order to get treatment from a particular doctor. Ninety percent of those polled said that it was important for them to know in advance who would be operating on them — a luxury that may not be available in public hospitals operated by health maintenance organizations (Kupat Cholim), where doctors are assigned to cases that fall on their shift.

According to the poll, 26 percent of patients at public hospitals said that they were not given the choice of who would perform their surgery, while an additional 26 percent were given a choice from a limited number of doctors. Forty-six percent said they had the opportunity to choose the doctor they wanted out of a large list, but depending on the health care provider they used, many had to pay for that privilege. Eighty-four percent said that public hospitals should give patients that same right, for no extra charge.

Improvement in Condition of Victims of Yerushalayim Attack