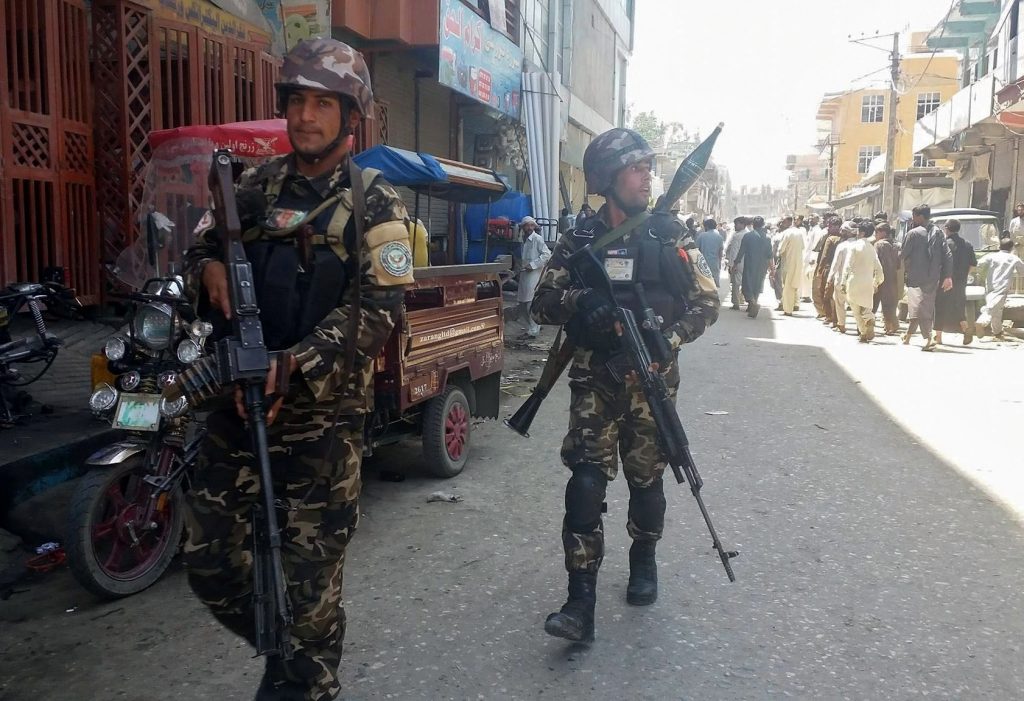 Gunmen attacked a building of Afghan state media in the eastern city of Jalalabad on Wednesday and engaged in a gun battle with security forces, the provincial governor’s spokesman said.

“We can confirm that a number of insurgents have entered the building,” said Attaullah Khughyani. “Who they are, and what their target is, is still not clear.”

He said there appeared to have been at least three terrorists, two of whom had blown themselves up while at least one was still fighting.

Heavy gunfire could be heard from around the building of RTA, Afghanistan’s national broadcaster, located close to the provincial governor’s compound.

Jalalabad is the capital of Nangarhar, the eastern province on the border with Pakistan where Islamic State terrorists have established a stronghold, but there is also a strong Taliban presence in the region.

Insurgents fighting to oust the Western-backed government in Kabul have conducted a series of high-profile attacks this year on targets including Afghanistan’s largest military hospital and a military base in the northern city of Mazar-i-Sharif.