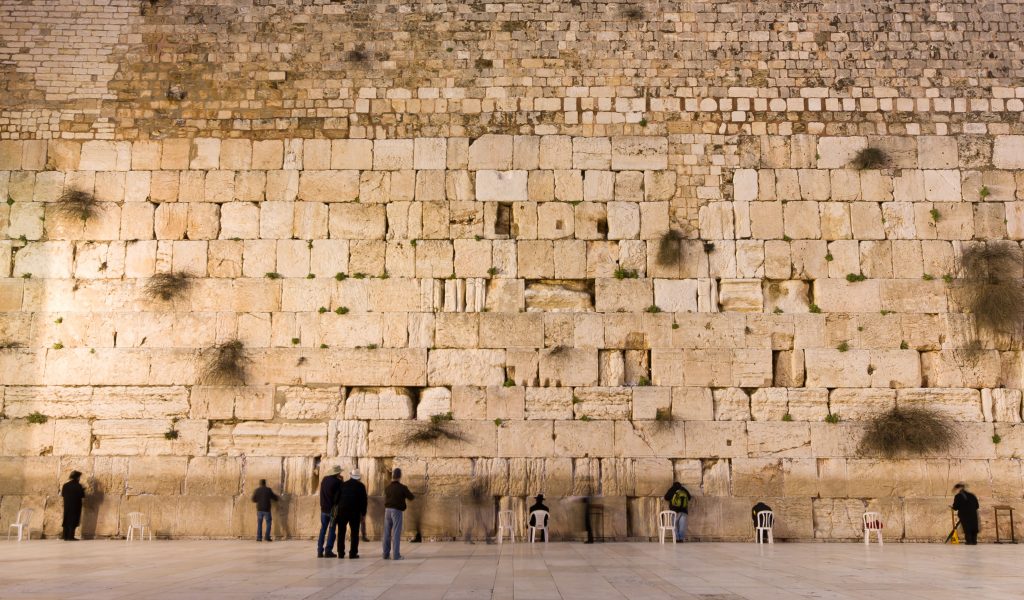 As the itinerary of President Donald Trump’s trip to Israel grows gradually clearer, differences of opinion between Israel and the U.S. have begun to emerge, with only days left before the president arrives.

U.S. national security advisor H. R. McMaster twice sidestepped reporters’ questions on the administration’s position on the status of the Kosel and eastern Yerushalayim during a press conference in Washington on Tuesday.

The question came just a day after an American consular official in Yerushalayim told Israeli officials that the Kosel was “part of the West Bank,” a remark that brought a request for clarification from Yerushalayim and a disavowal from the White House.

In response to a reporter’s question about whether the Kosel is in Israel, White House spokesman Sean Spicer said: “The Western Wall is obviously one of the holiest sites in Jewish faith. It’s clearly in Jerusalem. But there’s been – it’s an issues that’s had serious consideration. It will be a topic that’s going to be discussed during the president’s trip between the parties that he meets with.”

McMaster told reporters that the first day of the Mideast trip would be in Saudi Arabia, where the president will meet with the Saudi leadership and some 60 Arab and Muslim leaders to be assembled for the occasion.

Addressing himself to the presidential itinerary on the Israel trip, McMaster said that on his first day in the region, Trump will visit the Kosel, meet with Israeli President Reuven Rivlin, lay a wreath at Yad Vashem and visit the Israel Museum, before dining with Prime Minister Binyamin Netanyahu and his wife.

“No Israeli leaders will join President Trump to the Western Wall,” McMaster confirmed.
He explained that this was not intended as a slight to the Israelis or anyone else:

“He’s going to the Western Wall mainly in connection with the theme to connect three of the world’s great religions … and to highlight the theme that we all have to be united against the enemies of all civilized people.”

The Kosel will be the president’s first stop in Israel. The Israelis had initially looked forward to a grand welcoming ceremony at the Kosel plaza, including all the government ministers, the chief rabbis, High Court judges, senior IDF officers, and others. However, the Americans – apparently at the direction of the president – said that he does not intend to shake so many hands. He will make do with a more modest welcoming, of no more than a few minutes.

It was not clear whether the meeting with Rivlin would be separate from or part of the Yad Vashem visit, which was reportedly a point of contention as of Monday, with the American delegation stipulating that they would not be two separate stops.

Israel requested that Trump visit Yad Vashem accompanied by President Reuven Rivlin and Yad Vashem chairman Rabbi Yisrael Meir Lau. The White House agreed, but the visit is slated to be a short one, about fifteen minutes.

McMaster revealed that the planned speech at Masada has been struck from the itinerary. This was later explained by the White House spokesman as due to it being “too hot” there.

Reporters who rushed to check on it, found that the forecast for the Masada region on next Tuesday was much the same as Yerushalayim, where the presidential entourage will be staying—only 26 degrees Celcius, or 78.8 Fahrenheit. Nevertheless, Trump will deliver his speech not at Masada, but in the air-conditioned comfort of a venue in Yerushalayim, likely the Israel Museum, where a stop was already planned. He will not be going to the Knesset, however.

The entire second day of the trip has been given over to the Palestinians. The president will go to Ramallah.

The option has been left open for a possible three-way meeting at the end of that day between Trump, Palestinian Authority President Mahmoud Abbas and Israeli Prime Minister Binyamin Netanyahu.