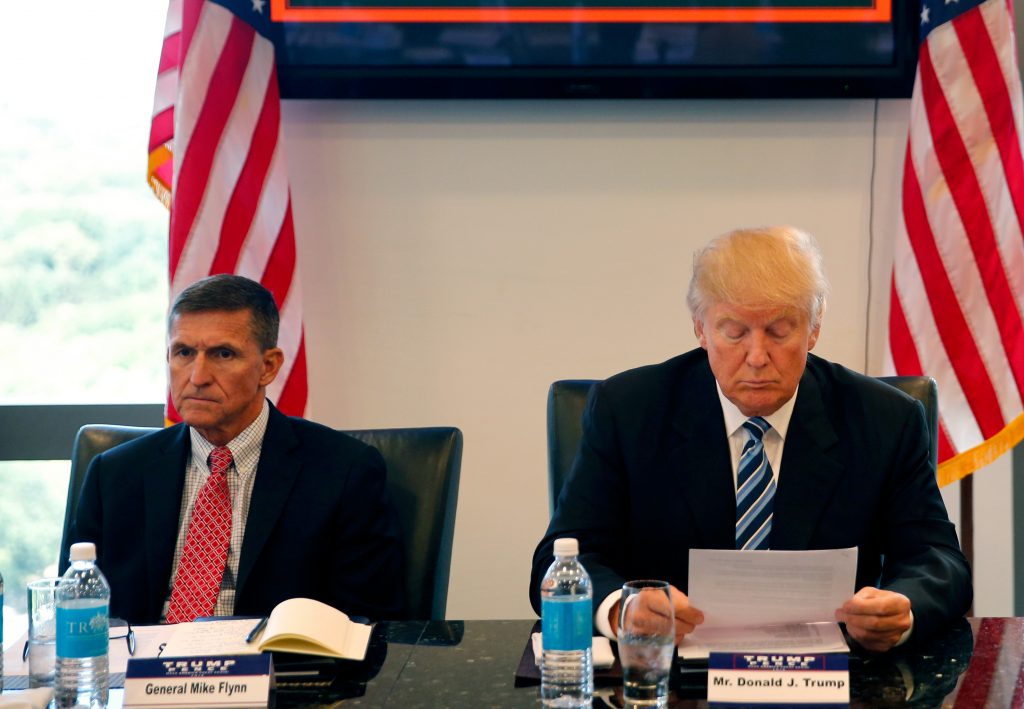 The New York Times reported that Trump made the request during a February Oval Office meeting. The newspaper cited a memo Comey wrote shortly after the conversation.

Flynn resigned the day before the Feb. 14 meeting, after it was revealed he apparently had lied to his about the nature of his contacts with Russia’s ambassador.

The Times said Trump told Comey, “I hope you can let this go.”

The White House denied the report.

Trump abruptly fired Comey last week, saying he did so based on his very public handling of the Hillary Clinton email probe.

According to The Times, Comey wrote in the memo that Trump told him Flynn had done nothing wrong. But Comey did not say anything to Trump about limiting the investigation, replying, “I agree he is a good guy.”