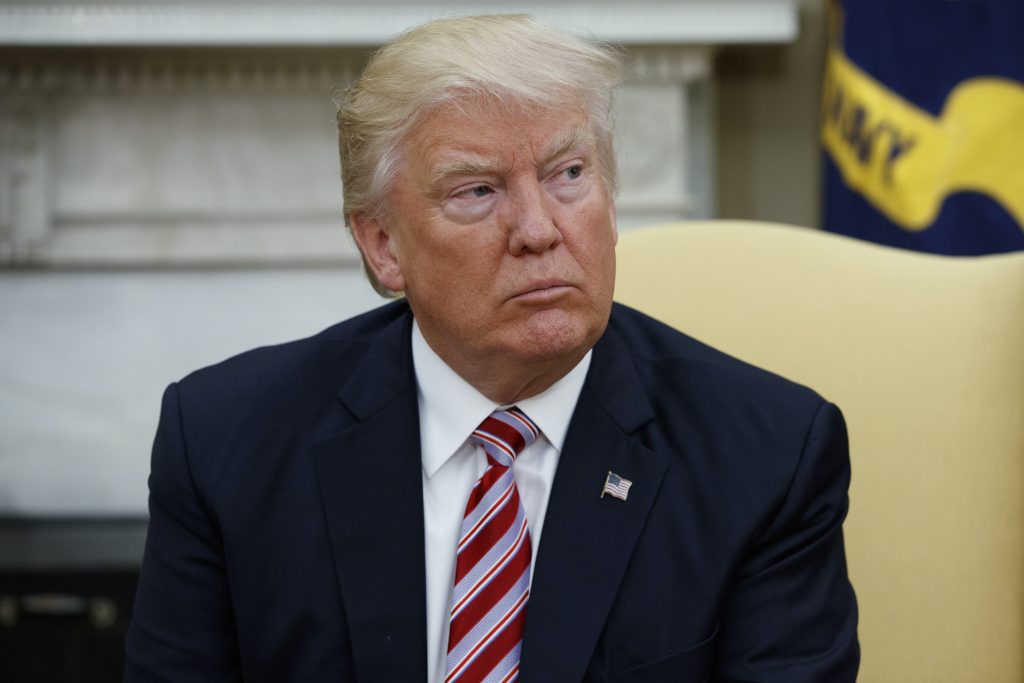 President Donald Trump on Tuesday defended his right to share “facts pertaining to terrorism” and airline safety with Russia, saying in a pair of tweets he has “an absolute right” as president to do so.

President Trump’s tweets did not say whether he revealed classified information about the Islamic State terror group, as published reports have said and as a U.S. official told The Associated Press on Tuesday.

The White House has pushed back against those reports, but has not denied that classified information was disclosed in the May 10 meeting between President Trump and Russian diplomats.

In a pair of tweets, the president responded to a firestorm of criticism triggered by the reports.

“I wanted to share with Russia (at an openly scheduled W.H. meeting) which I have the absolute right to do, facts pertaining … to terrorism and airline flight safety. Humanitarian reasons, plus I want Russia to greatly step up their fight against ISIS & terrorism,” President Trump tweeted.

President Trump shared details about an Islamic State terror threat related to the use of laptop computers on aircraft with Russian Foreign Minister Sergey Lavrov and Russian ambassador to the U.S. Sergey Kislyak, a senior U.S official told The Associated Press. The classified information had been shared with the president by an ally, violating the confidentiality of an intelligence-sharing agreement with that country, the official said.

The official, who spoke on condition of anonymity because the official was not authorized to speak publicly, would not say which country’s intelligence was divulged.

The disclosure put a source of intelligence on the Islamic State at risk, according to The Washington Post, which first reported the disclosure on Monday.

President Trump later was informed that he had broken protocol and White House officials placed calls to the National Security Agency and the CIA looking to minimize any damage.

The CIA and the Office of the Director of National Intelligence have declined to comment.

White House officials denounced the report, saying the president did not disclose intelligence sources or methods to the Russians, though officials did not deny that classified information was disclosed in the May 10 meeting.

“The president and the foreign minister reviewed a range of common threats to our two countries including threats to civil aviation,” said H.R. McMaster, President Trump’s national security adviser. “At no time, at no time were intelligence sources or methods discussed and the president did not disclose any military operations that were not already publicly known.”

Secretary of State Rex Tillerson also disputed the report. He said President Trump discussed a range of subjects with the Russians, including “common efforts and threats regarding counterterrorism.” The nature of specific threats was discussed, he said, but not sources, methods or military operations.