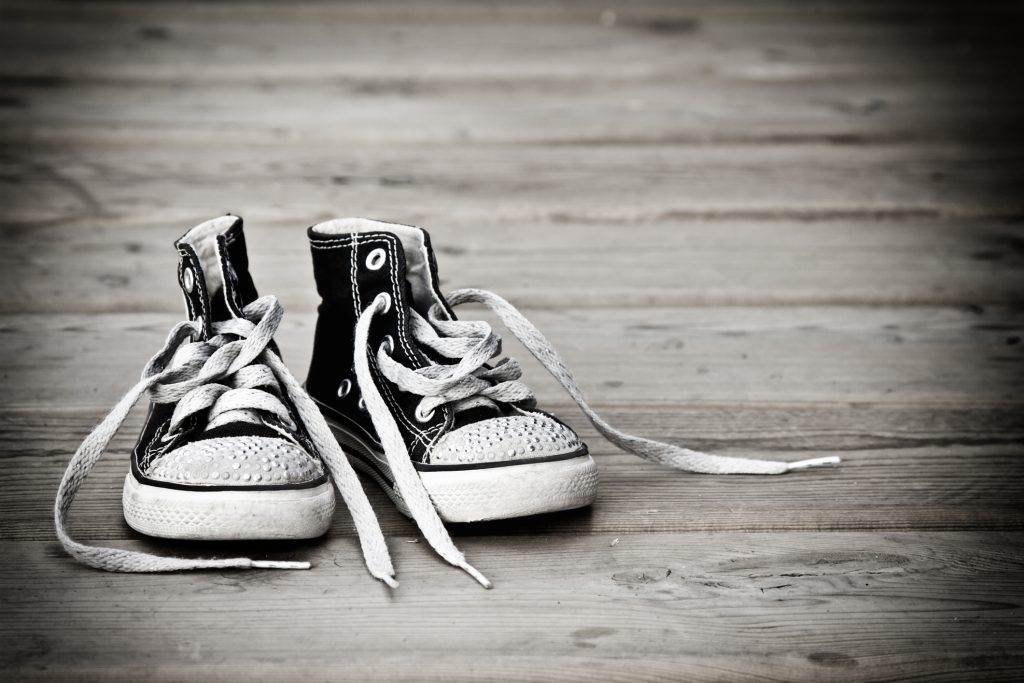 Did you ever wonder why it is that shoelaces often seem to have an uncanny tendency to come undone? For some shoes, it seems that no matter how well you tie the laces, it’s inevitable that the knots will fall apart from time to time.

This conundrum, Live Science reported in an April 11 article, bothered Oliver O’Reilly for years. Maybe some other people as well, but the difference with O’Reilly is that he is a professor of mechanical engineering at the University of California, and — after years of wondering about this phenomenon, he decided to do something about it. What finally convinced O’Reilly to delve into this matter once and for all was actually something as simple as teaching his daughter how to tie her shoes. He was able to find a bunch of video tutorials about tying shoes for her, but noticed that there was not even one video that ventured to explain how it is that laces seem to inexplicably become unknotted.

The first step was to get a really good look at the unknotting process. So, O’Reilly and comrades borrowed a high-speed camera and filmed the shoe-clad feet of co-researcher Christine Gregg as she ran on a treadmill. Upon slowing down the footage, they noticed that, seemingly, nothing was happening for quite some time, when, all of a sudden, the knot became unraveled with extreme speed. As if all at once. This only piqued their curiosity further and made them determined to figure out what was going on.

The real revelation came when the researchers used an accelerometer. An accelerometer is a device that measures motion and enables researchers to calculate the gravitational force to which the object in motion is subject. Generally, we are only subject to what is called 1G. That is the force of Earth’s gravity. However, intense motion can increase, sometimes greatly, that force. What O’Reilly & Co. discovered about shoelaces was astounding: the G-force acting upon them can reach 7G!

To put that into perspective, the most powerful roller-coaster in the world — at least, from a G-force perspective — is the Tower of Terror in Johannesburg, South Africa. And it generates a maximum of 6.3G. 7G is an incredibly intense force, “and,” O’Reilly underscored, “your shoelaces are subjected to this force with every running step.” Over time, this force causes the knot to deform and loosen, while concomitantly the constant flapping increases inertial forces on the free ends of the bows and laces, exacerbating the imbalance. This causes the free ends of the bows and laces to slip through the knot in a similar manner to a deliberate untying of the bow, and eventually they pull through and the knot becomes completely undone.

From a Torah perspective, knots have a lot of significance beyond being a practical way to keep things together. For example, tying (or untying) a knot on Shabbos is one of the 39 melachos. Of course, that is only if it is a kesher shel kayama, a permanent knot. Another area in Jewish life where knots come up is in marriage. Of course, marriage can often be fraught with some knotty challenges, but it’s actually in the positive sense that the knot-metaphor is employed. One of the traditional blessings bestowed upon the chassan and kallah is that their bond with one another should be a kesher shel kayama — that they should be forever, securely tethered to one another in a permanent, unbreakable knot.

But what about those knotty difficulties along the way as the race of life carries on — excessive G-forces if you will — that can severely challenge the integrity of the marital bond?

Well, in the context of O’Reilly’s research, we can garner encouragement: the only knots that they tested were of the slip-knot (bow) variety. There are stronger knots and weaker knots and, as we would have expected, the stronger ones last longer. They’re able to bear a lot more G-force pounding than their weaker counterparts. It stands to reason that if you make a really permanent knot (which we, of course, do not do on shoes so as to not make them a permanent part of our bodies!) it may never come undone.

Inasmuch as Jewish marriage is most certainly a permanent knot, that means it can weather even the worst of beatings. That doesn’t mean that it has to, for the Torah does allow for divorce, but that it can. In other words, even if a marriage has suffered from seemingly unbearable strain, that itself does not have to make you throw in the towel. Even individuals who would really like to hold on may feel like giving up because of the thought, “What hope could there possibly be going forward after this has happened?” But that’s not true. A truly permanent knot, which Jewish marriage most certainly is, can take it. Sure, you might have to bend over and fix up the knot a bit, but once you do that, it’ll be as good as new.