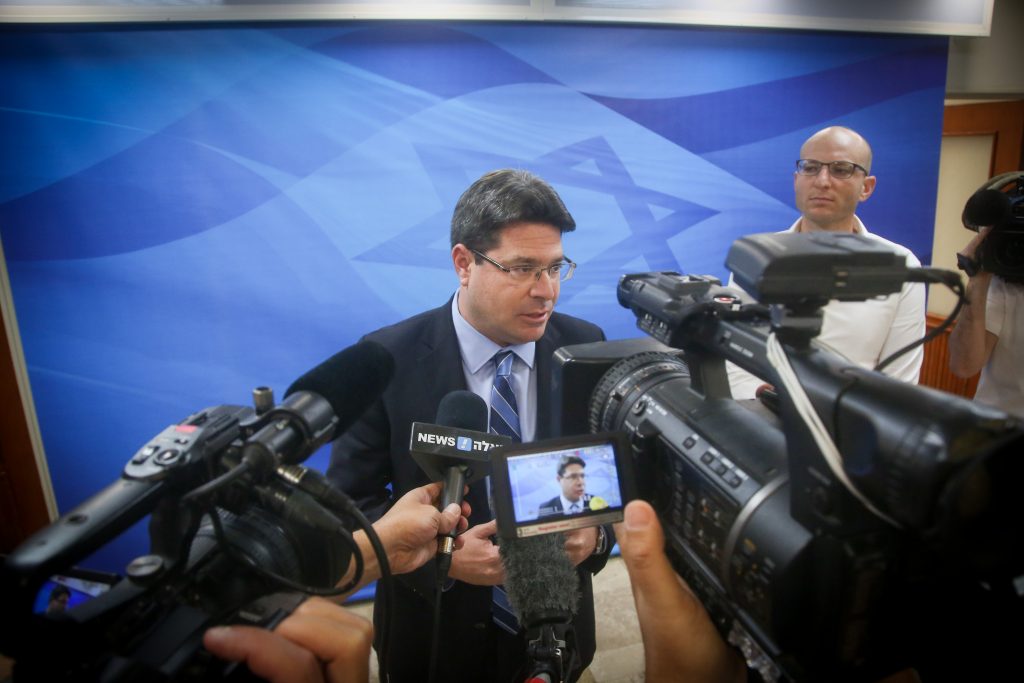 Science and Technology Minister Ofir Akunis called off a long-planned visit to Jordan on Tuesday for a joint scientific venture following a spat between the countries over a shooting in Yerushalayim last weekend.

Akunis said he was skipping an event marking the launching of the “Sesame” particle accelerator because of Jordan’s reaction to the killing of a Jordanian who stabbed an Israeli police officer.

Video footage showed the 57-year-old man swiping a knife at the officer in the Old City of Yerushalayim before knocking him to the ground, in what Israel described as part of a wave of stabbing attacks against Israeli forces over the past two years.

It said the terrorist entered Israel on a tourist visa.

Jordan said it holds Israel responsible for killing its citizen and denounced it a “crime.” The Israeli government called the Jordanian reaction “outrageous,” with Prime Minister Binyamin Netanyahu’s office calling on Jordan to cease playing a “double game” and condemn terror everywhere.

Akunis told Israel’s Army Radio that his diplomatic protest is the minimal response to the incident.

“The scientific project is important, the peace with Jordan is very important, but standing up for the truth is more important than anything,” he said.

Jordanian Foreign Minister Ayman Safadi said on Sunday that Jordan “will confront all kinds of terrorism,” but did not refer to the Israeli comments.