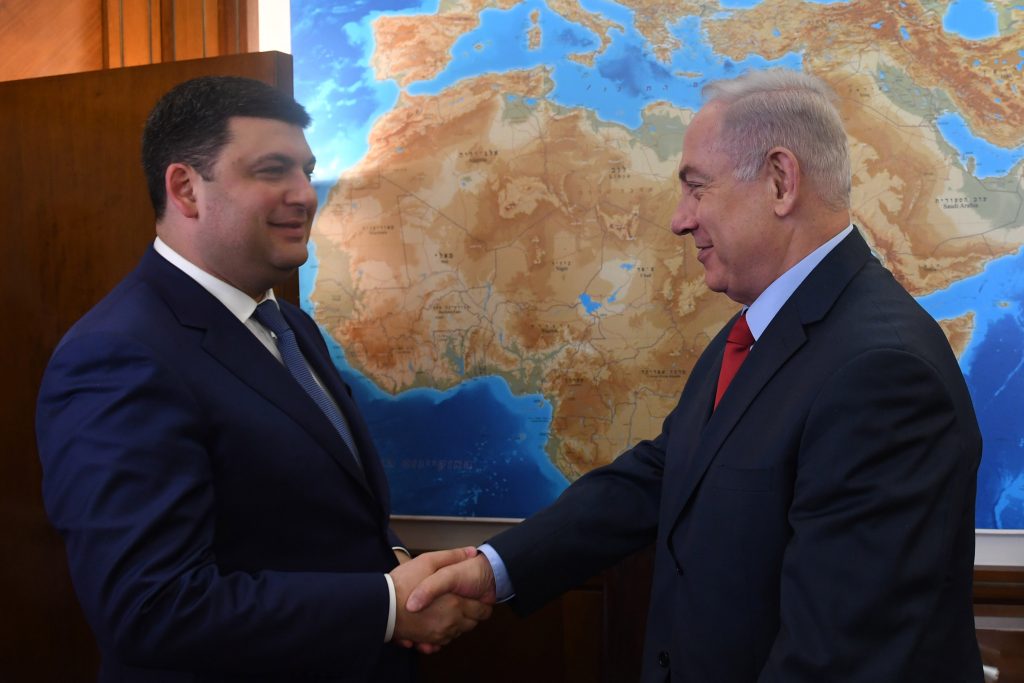 Volodymyr Groysman, the first Jewish prime minister of Ukraine, was in Yerushalayim on Monday, after an earlier visit was canceled to due to his country’s vote against Israel in the U.N. Security Council last December.

At a joint press conference, Israeli Prime Minister Binyamin Netanyahu made reference to a recent Ukrainian vote at UNESCO, this time with Israel, which paved the way to Monday’s visit:

“You reaffirmed [your] friendship for us in the important vote in UNESCO, which sets our relations on a future course, which I deeply appreciate. I know your own personal involvement in this decision, and it’s doubly appreciated. And I know your stance and the stance of the government against anti-Semitism, and that’s triply appreciated,” Mr. Netanyahu told Mr. Groysman.

Mr. Groysman signed a series of cooperation agreements, including: for disaster prevention and rescue operations; a plan for bilateral cooperation in health and medicine for 2017-2021; an administrative agreement between the Israel Tax Authority and the Ukraine Fiscal Service on the exchange of statistical data regarding bilateral trade; and implementation of a plan for temporary employment of Ukrainian workers in certain sectors in the Israeli labor market.