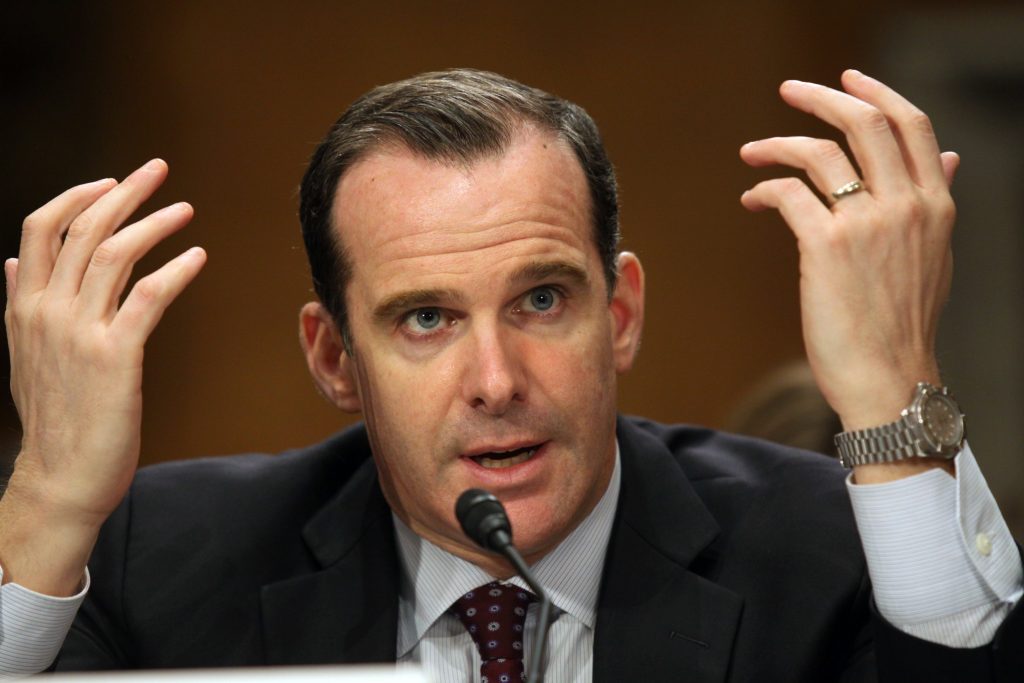 The fight to retake Mosul from the Islamic State terror group is approaching its “final stages,” a senior U.S. official said Monday.

Brett McGurk, special presidential envoy for the global coalition against the IS, said Iraqi forces are “completely defeating” IS in one of the most difficult urban battles since World War II. But local Iraqi officials say they will need more funding from the U.S. and others in the international community to rebuild in territory recently retaken from the extremists.

McGurk spoke to The Associated Press from a water treatment plant south of Mosul where Iraqi forces closely backed by the U.S.-led coalition are slowly closing in on the remaining cluster of IS-held neighborhoods in the city’s west.

McGurk’s visit comes a week and a half after U.S.-backed Iraqi forces launched a renewed push on the northwestern edge of Mosul in an effort to encircle the old city where IS fighters are believed to be holding more than 200,000 civilians hostage as shields.

The operation to retake Mosul from the IS was formally launched in October, and in January the city’s eastern half was declared “fully liberated.” While the initial weeks of the Mosul operation were marked with a string of swift territorial gains, the fight for the city’s west has devastated infrastructure there and inflicted high civilian casualties.

In March, the U.S. acknowledged its forces launched an airstrike in western Mosul earlier that month that witnesses told the AP killed more than 100 people. The U.S. has not confirmed that the strike resulted in civilian casualties and the Pentagon is conducting an investigation into the incident.

In a statement on Sunday, a senior Iraqi military commander said government forces launched a new push to drive IS from four neighborhoods in west Mosul.

Lt. Gen. Abdul-Amir Rasheed Yar Allah said Iraqi special forces were moving to the al-Eraibi and al-Rifaie neighborhoods, while militarized federal police and regular army forces are fighting IS in nearby al-Ektisadieen and 17th of July neighborhoods.

In recent weeks, Iraqi troops have slowly closed in on a small cluster of neighborhoods in the city’s west.