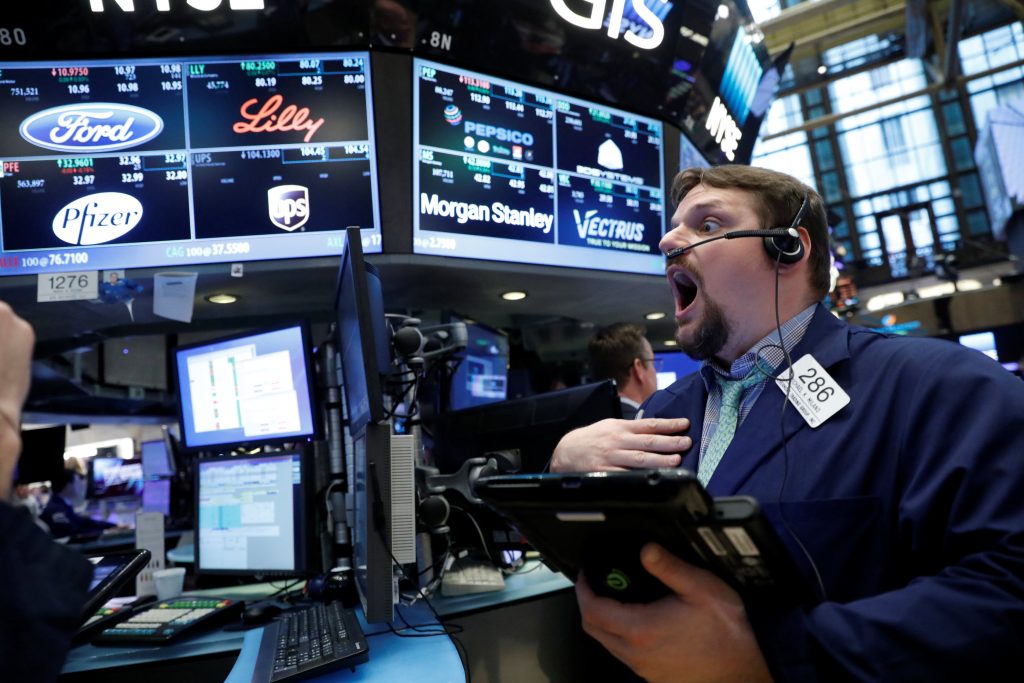 Stocks are trading higher on Monday and the S&P 500 and Nasdaq hit records as a global cyberattack boosted technology stocks and a rise in oil prices lifted energy stocks.

Oil hit its highest in more than three weeks after top exporters Saudi Arabia and Russia said that supply cuts needed to last into 2018, a step toward extending an OPEC-led deal to support prices for longer than originally agreed.

About 75 percent of S&P 500 companies that have reported results so far have beaten Wall Street expectations, according to Thomson Reuters data.

Johnson & Johnson and Cisco Systems were the biggest boosts for the S&P 500 after those stocks were upgraded by prominent analysts.

Shares of cybersecurity firms jumped, with Fireye rising 8 percent and Symantec and Palo Alto Networks both gaining 3 percent. The 2.7 percent rise in Cisco shares was also at least partly thanks to its security technology business.

Nine of the 11 major S&P 500 sectors were higher, with the materials index leading the percentage gainers.

Shares of oil majors Exxon and Chevron helped boost the S&P energy index, which was on track to close higher after two sessions of declines.

But some investors were surprised by the lack of market concern about a successful missile test by North Korea and the cyberattack that disrupted operations at car factories, hospitals, shops and schools.

Also, the New York Federal Reserve said on Monday that its barometer on business activity in New York state unexpectedly fell in May, putting it into negative territory for the first time since October.

Advancing issues outnumbered declining ones on the NYSE by a 2.95-to-1 ratio; on Nasdaq, a 1.95-to-1 ratio favored advancers.