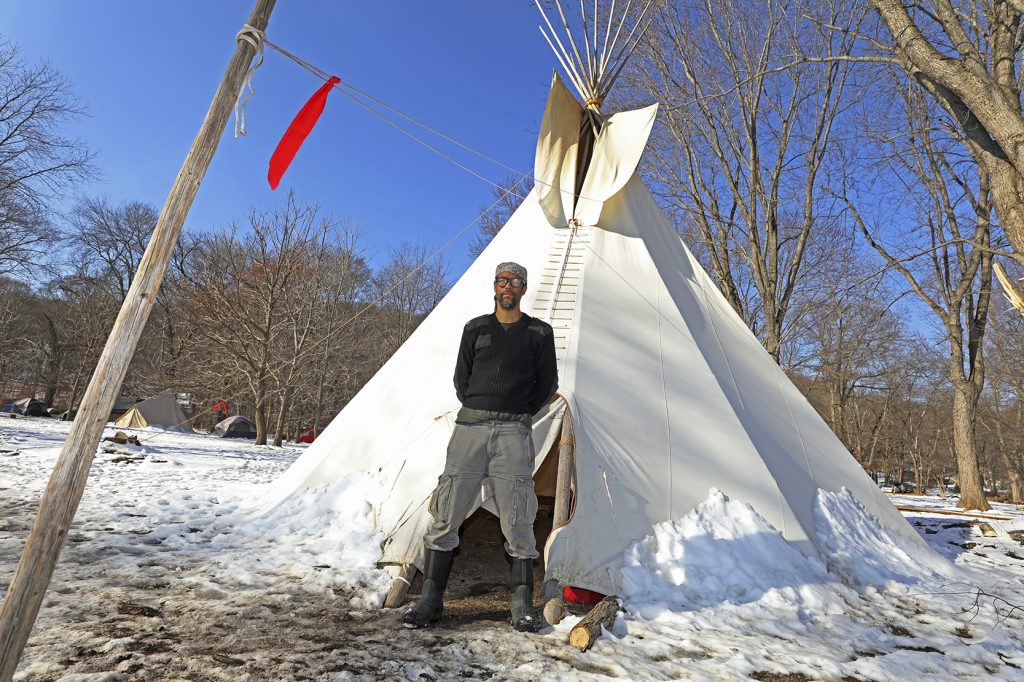 A New Jersey town is going to court to ask a judge to order a Native American tribe to remove teepees from a conservation zone.

Mahwah demanded the Ramapough Lenape Nation “cease and desist all use of the property” in violation of the township’s zoning ordinance.

The Ramapoughs on Thursday issued a statement defending their right to free speech and assembly and the tribe erected the teepees to protest an oil pipeline that is expected to run through northern New Jersey.

“This has been Ramapough land since before Columbus,” said Owl Smith, a member of the tribe.

Chief Dwaine Perry says he does not consider the teepees “structures” and will not remove them.

“They’re denying people the right to assembly,” Perry said. “We’ve been on this land for a quarter-century and now it’s an issue?”