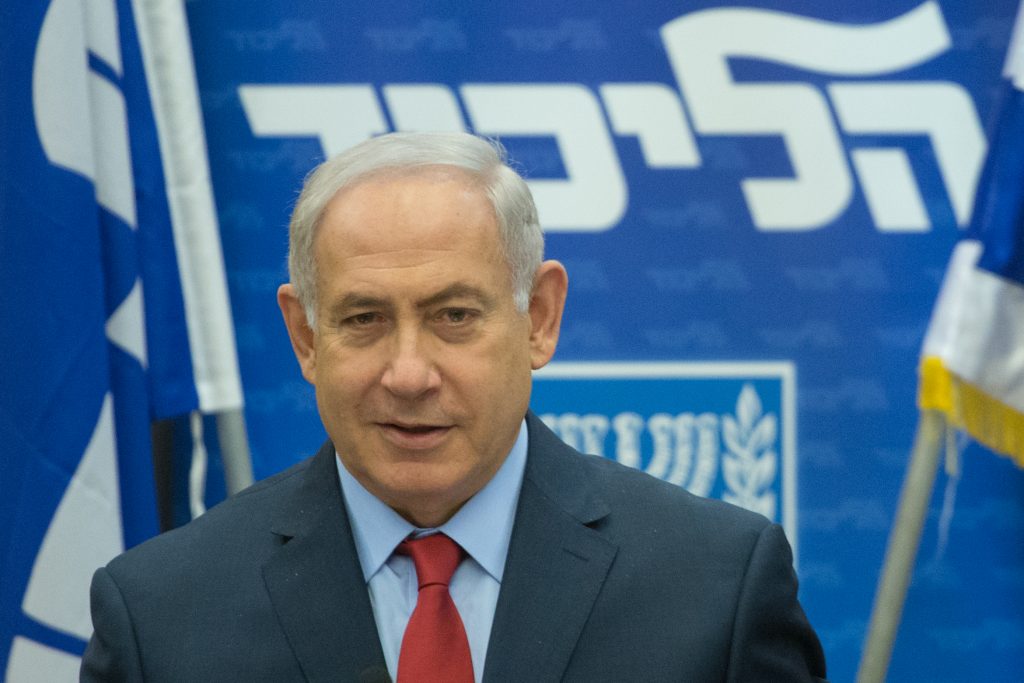 Israeli Prime Minister Binyamin Netanyahu vehemently denied a report on Monday that claimed he had requested of President Donald Trump that he not move the U.S. embassy to Yerushalayim.

The denial came in swift response to a posting on Twitter earlier in the day by Fox News foreign correspondent Connor Powell, who wrote, “Everyone I’ve spoken to in DC that has been briefed on Jerusalem embassy move says Netanyahu told Trump not to move embassy at this time.”

Mr. Netanyahu’s Office issued a statement that said: “The things published on Fox News are false.”

In an unusual move, the PMO backed up the denial with quotes from Mr. Netanyahu’s meetings with President Trump last February, excerpted from notes taken by then-acting national security advisor Jacob Nagel (underlinings are the PMO’s):

From the meeting in the Oval Office

5. The embassy – the PM supports moving it.”

From the lunch meeting at the White House:

“The PM was asked about the embassy and explained [that moving it] would not lead to bloodshed in the region, as some were trying to intimidate [President Trump] into believing.”

From a summary of a meeting between Ambassador Dermer and National Security Advisor-designate Flynn on January 16, 2017& (by Jacob Nagel):

“[Dermer] explained why moving the embassy would help advance peace and not the opposite.

This would send the message that we are in Jerusalem to stay. Moving the embassy would force the other side to contend with the lie they’ve constructed – that Israel has no connection to Jerusalem – and will cause them to understand that Israel will be here forever, with Jerusalem as its capital.”

The statement from Mr. Netanyahu’s office concluded: “This is the clear and consistent position of Prime Minister Netanyahu, which he reiterated today.”