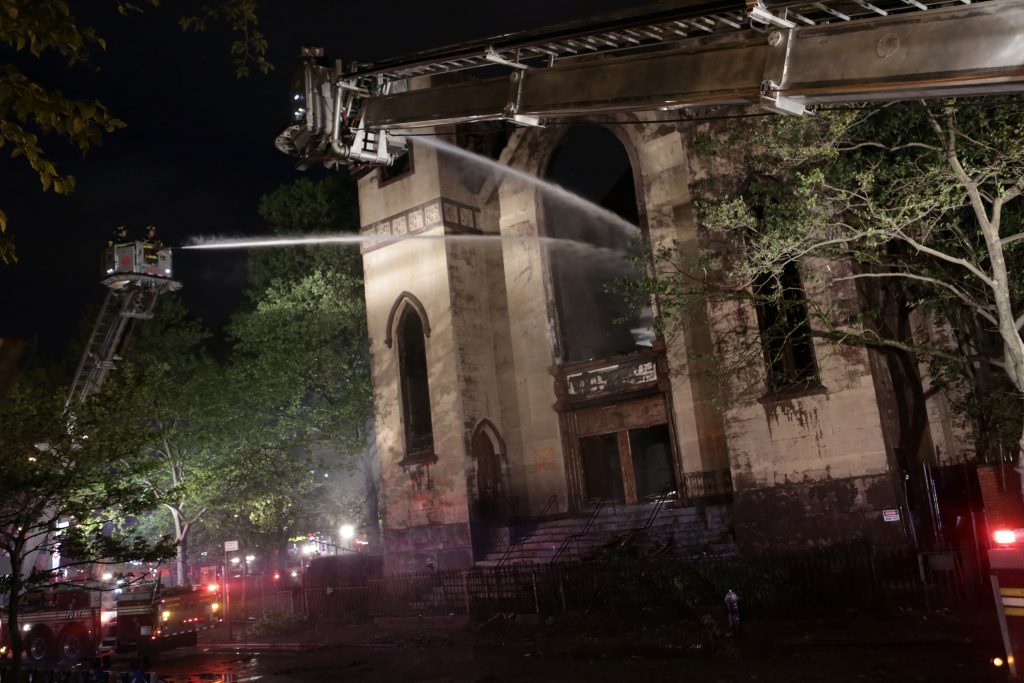 A massive fire broke out Sunday evening at a historic New York City shul, all but destroying the building.

The 3-alarm blaze broke out at about 7 p.m. at 60 Norfolk Street. The fire was brought under control a little less than three hours later. There were no reports of any injuries.

The building housed the city’s oldest Jewish Orthodox congregation, Beit Hamedrash, in lower Manhattan. The synagogue was initially built in 1850, according to the Lower East Side Jewish Conservancy. The Gothic Revival-style building was initially used as a church and was converted in 1885 to Orthodox Jewish use. The shul was closed a decade ago, and has stood empty ever since. In 2001 another fire destroyed the building’s roof and ceiling.

The building was slated to be demolished in the 1960s, but was saved by a historic preservation landmark designation, The New York Times reported.

In 2013, the congregation again had considered demolishing the building, and either building a new shul or selling the property and relocating. A last-minute change of heart kept the shul at the site.

It was not immediately clear what sparked the fire, FDNY officials said.