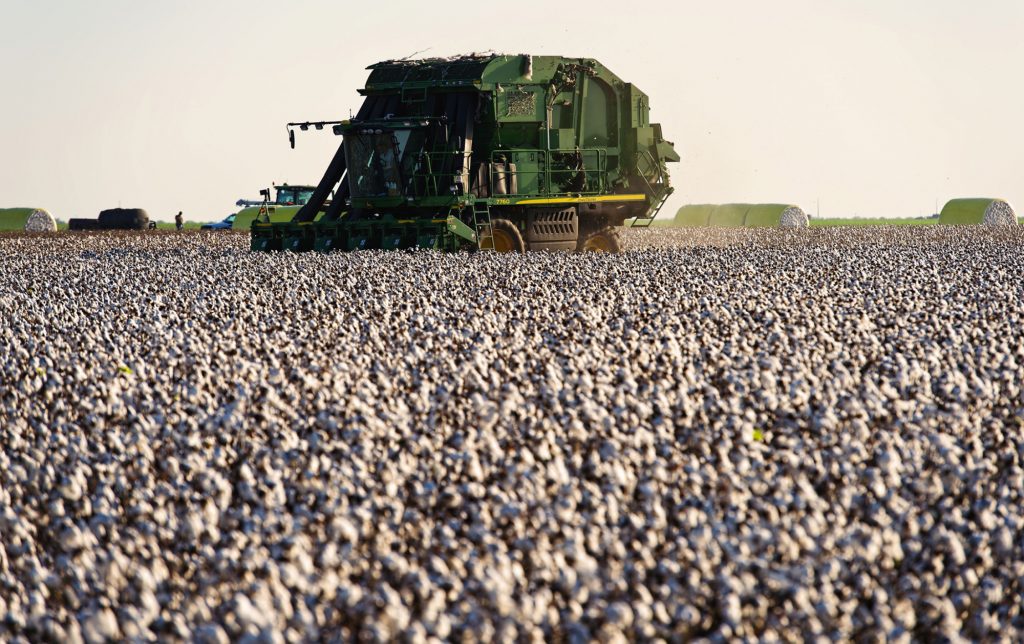 Cotton prices extended a rally to the highest since June 2014 amid buoyant demand for U.S. exports and signs of a squeeze on July futures. Bullish options jumped for the second straight session as volume surged.

On ICE Futures U.S. in New York, cotton futures for July delivery climbed 2.76 cents, or 3.4 percent, to 84.82 cents a pound at 1:54 p.m. Earlier, the price surged by the expanded exchange limit of five cents to 87.18 cents, the highest for the most-active contract since June 4, 2014. Combined volume of the three most-active ICE call options approached 10,700. The U.S. is the world’s top exporter.

Through May 4, U.S. export shipments in the season that ends July 31 have climbed 76 percent to the highest in six years, according to government data. Unfixed cotton call positions, measuring the quantity of calls bought or sold on which the price has not been fixed, have more than doubled from a year earlier, Commodity Futures Trading Commission data show.

“It really comes down to tight available supply, and the mills trying to get the coverage that they need,” Arlan Suderman, the chief commodities economist at INTL FCStone in Kansas City, Missouri, said in a telephone interview. “Exports have been really strong, much stronger than what was anticipated.”

Merchandisers sold a lot of cotton forward and never “fixed” the price, and they now face a rising market with short positions, Jim Nunn, president of Nunn Cotton Co. in Brownville, Tennessee, said in a telephone interview. July is the last contract of the marketing year.

The tight domestic supply may not last. U.S. production is expected to climb 12 percent in the season that begins Aug. 1, with stockpiles at the end of the season surging 56 percent to 5 million bales, the U.S. Department of Agriculture forecast last week. Futures for December delivery are trading 12 percent below July at 75 cents.

World inventory is forecast to shrink for the third straight year amid falling stockpiles in China, the largest consumer. “The government is expected to continue policies that have led to a significant reduction in their stocks in recent years,” the USDA said in a report last week. China has been auctioning off reserves in recent months.

Aggregate futures trading more than tripled compared with the 100-day average for this time, according to data compiled by Bloomberg. A measure of 60-day volatility rose to the highest since November.

On May 12, the July 85 cent call soared fivefold to 2.09 cents on record contract volume of 11,726, the most active in the session. Futures jumped by the usual limit of three cents.