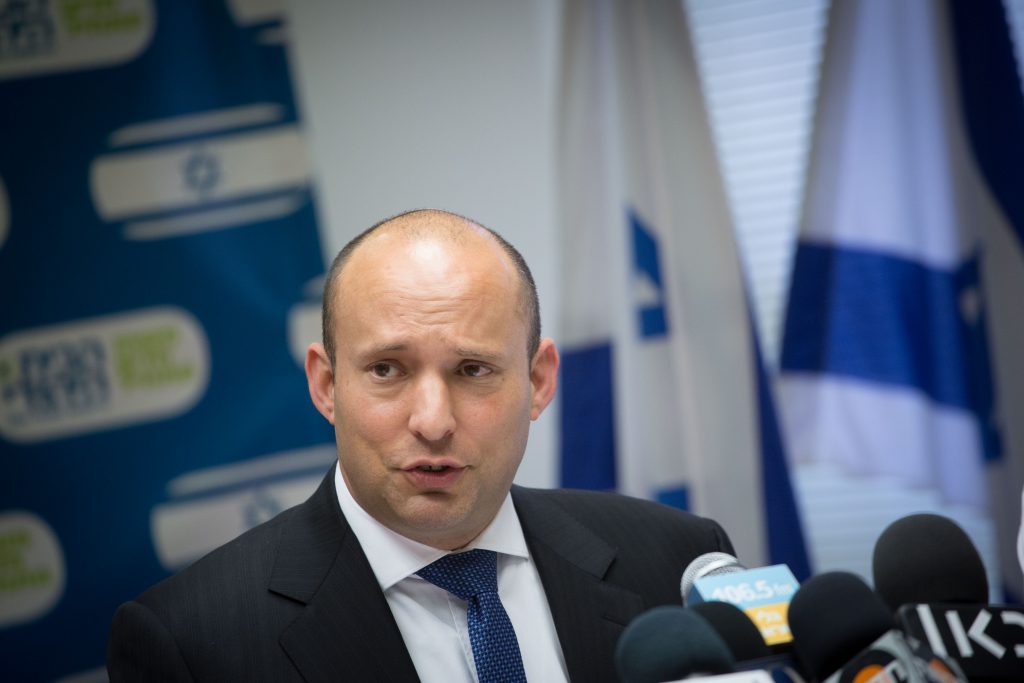 Growing disenchantment with the Trump administration in the Israeli right-wing was evident on Monday, as Education Minister Naftali Bennett told his Jewish Home faction that the president’s campaign rhetoric supportive of the Jewish presence in Yehudah and Shomron was a vote-getting ploy.

That, and the proposed move of the U.S. embassy to Yerushalayim, “were for his voters,” Bennett said. “Since then, his words have changed. The source of the change is not clear.”

In the U.S., pro-Israel billionaire Sheldon Adelson was reportedly “furious” over comments made by Secretary of State Rex Tillerson that President Trump was mulling over the embassy move, and was concerned it might harm the peace process.

Speculation continued to swirl around that issue and the true cause of a delay in making a decision. Some were saying that the reluctance was not primarily in Washington.

Marc Zell, who chairs Republicans Overseas Israel, told The Jerusalem Post that the embassy has not been moved “because of a request coming from this side of the ocean.”

The Israeli government wants the embassy moved, but “it’s a question of timing,” said Zell.

Those who accept Zell’s explanation claim that Prime Minister Binyamin Netanyahu’s statements in favor of the move are merely for public consumption, when in fact he believes it would cause more trouble than it’s worth, and at a most delicate time diplomatically.

Coalition chairman David Bitan (Likud) said Monday that political realities are such that an embassy move would come at a steep price, which Israel might not be willing to pay.

Bitan told Israel Radio Monday morning: “We won’t be prepared to pay the political price for moving the embassy.”

“For everything that Israel wants, there’s a political price,” said Bitan.

“The Americans are delaying, and the Prime Minister doesn’t want to commit [political] suicide over this right now,” Bitan said.

Bennett reiterated his position on the two-state solution, saying that “The truth is that anyone with a brain knows that the creation of a Palestinian state in addition to Gaza isn’t going to happen, and we should say it. Yerushalayim must remain united under Israeli sovereignty only, without being divided geographically or in its sovereignty, just like Paris and Washington. If we say this with determination, they will appreciate us.”

In a meeting with his Yisrael Beytenu faction, he rebuked Bennett:

“It would be fit to [relay opposition to American policies] in proper forums with the prime minister, not in the media. The media fight doesn’t strengthen Israel. It doesn’t help our negotiations with the Palestinians. Of course we are in favor of the U.S. embassy being in Yerushalayim, and that’s clear to the whole world. This administration is friendly. It’s not our first disagreement with the U.S. We need to overcome our instincts and handle it respectfully, not in the media.”