Business Anheuser-Busch Will Invest $2 Billion in U.S. to Push Beyond Bud
Business 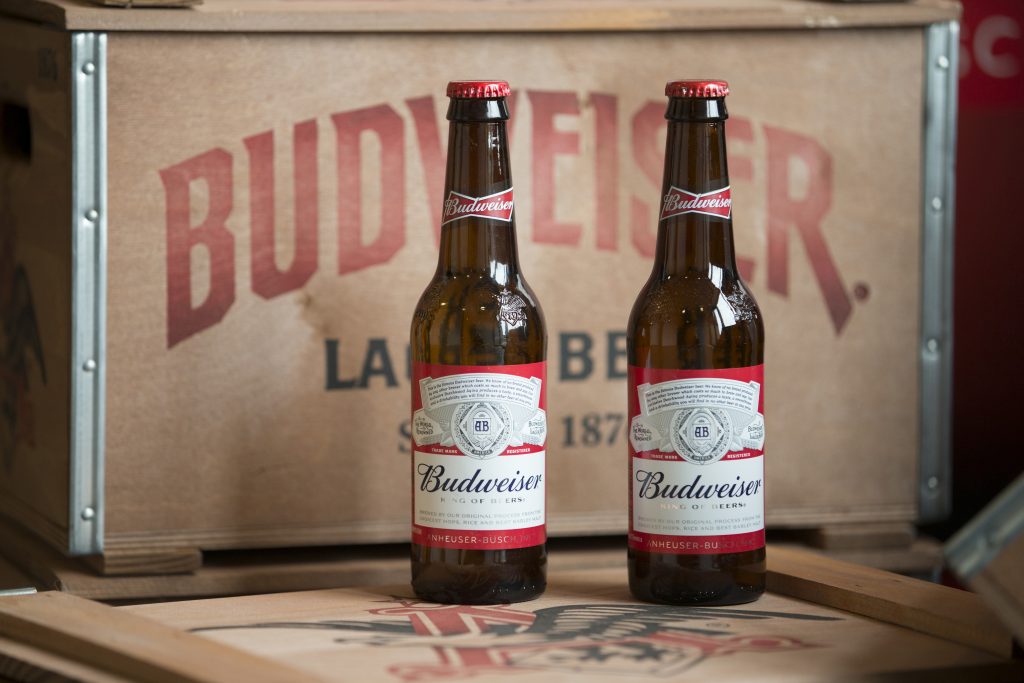 The maker of Budweiser, facing more competition in America from craft brews and cocktails, is spending billions to fight back.

Anheuser-Busch InBev will devote $2 billion in U.S. capital spending to bolstering its flagship brands and improving distribution. The money also will help support the company’s forays into “near beer,” alcoholic sparkling water, and other products — like tea — that are far afield from its original mission.

The investment, which extends through 2020, is a bet that Anheuser-Busch can push into new categories without neglecting its core business: traditional beer brands. Striking that balance will be key to the company’s future, Anheuser-Busch Chief Executive Officer Joao Castro Neves said in an interview.

The first $500 million will be spent this year on what Castro Neves calls the company’s three pillars: elevating its biggest beer brands, building its presence in craft brews and imports, and pushing beyond regular beer into low-alcohol beverages and other drinks.

Anheuser-Busch has already bought nine U.S. craft-beer brands, and it’s in the process of closing a deal for Asheville, North Carolina-based Wicked Weed, which makes beers with names such as Angel of Darkness, Iron Lady and Barrel Aged French Toast.

Castro Neves sees the company’s craft and smaller-scale producers as key to keeping up with rapid shifts in customer preferences. “They are very close to consumers, and they help us stay ahead of the curve,” he said.

The company’s capital spending will help foster some of its smaller brands. Castro Neves cited a $15 million investment at a facility in Fairfield, California, that will allow craft partner Elysian Brewery to produce its Space Dust beer there. (Elysian’s website describes the hops flavor as “pure starglow energy.”)

Expanding the portfolio is critical because beer volumes are declining, particularly in Anheuser-Busch’s top categories. Beer’s share of the U.S. alcohol market lost ground to liquor for a seventh straight year in 2016, falling a percentage point to 47 percent, according to the Distilled Spirits Council, a trade organization. Spirits rose to 36 percent from 35 percent.

The shift has led Anheuser-Busch to look outside beer for growth. The brewer has acquired SpikedSeltzer, an alcoholic sparkling water, and formed a partnership with Starbucks Corp. to brew, bottle and sell ready-to-drink Teavana teas. Anheuser-Busch also has a joint venture with JAB Holding Co.’s Keurig to develop an at-home drink maker.

The investments will include $200 million this year to improve operations at the company’s 12 largest U.S. breweries and $180 million to enhance packaging and expand the production of aluminum bottles. Anheuser-Busch will spend $82 million on its supply chain, including new distribution centers in Los Angeles and Columbus, Ohio, and $10 million to expand nonalcoholic production in Baldwinsville, New York.

The investment outlook was updated after Anheuser-Busch moved forward on its $103 billion acquisition of SABMiller. It brings the brewer’s total U.S. investment to $4.5 billion over the 2011-2020 period.

The company wanted to revamp its plans for the U.S. to ensure it doesn’t lose its focus on the world’s biggest beverage market, Castro Neves said.

“We are investing big behind this market because it’s so important,” he said. “But also because we see growth opportunities.”