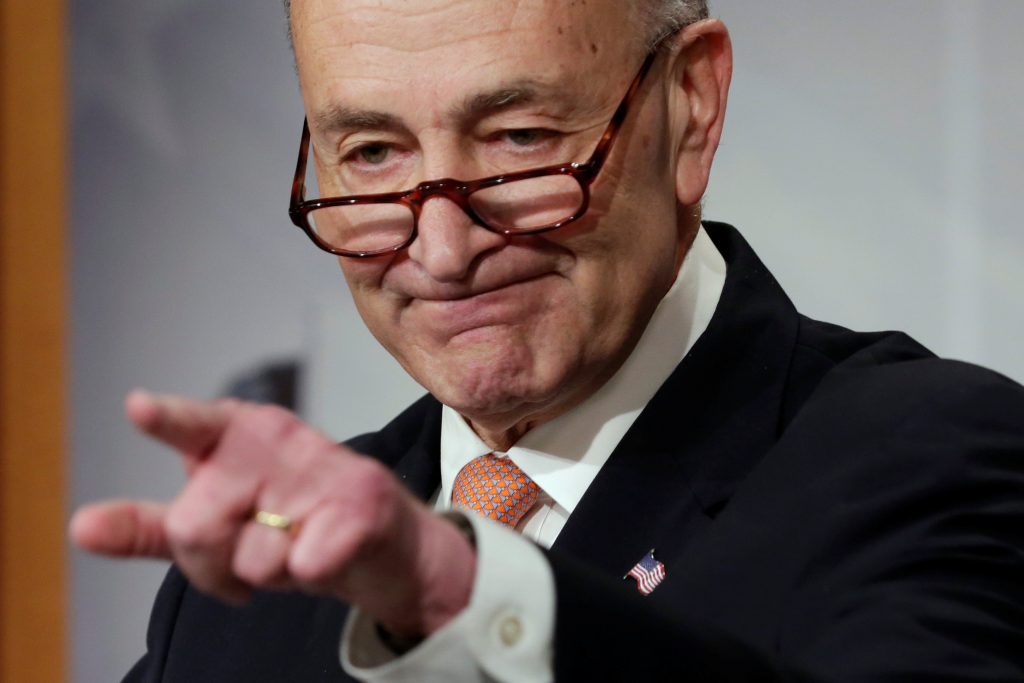 The top Democrat in the Senate said on Sunday that Democrats would consider refusing to vote on a new FBI director until a special prosecutor is named to investigate President Donald Trump’s potential ties to Russia.

Senate Democratic Leader Chuck Schumer said his caucus has not yet made a decision on whether to withhold their votes, but added that the issue is being looked at as a way to ensure there is a thorough investigation of alleged Russian meddling in the 2016 U.S. election.

“To have that special prosecutor, people would breathe a sigh of relief, because then there would be a real independent person overlooking the FBI director,” Mr. Schumer told CNN.

Mr. Trump sparked a political firestorm when he abruptly fired James Comey, director of the Federal Bureau of Investigation last week. The FBI has been investigating alleged Russian meddling in the U.S. election and possible ties between Moscow and the Trump campaign.

Russia has denied the claims and the White House says there was no collusion.

Mr. Trump, who has sought better relations with Russia, has continued to question whether Russia was behind the hacking of email accounts belonging to Democrats involved in Hillary Clinton’s 2016 presidential campaign.

But Secretary of State Rex Tillerson told NBC on Sunday there is no question “the Russians were playing around in our electoral processes.”

Democrats have accused President Trump of attempting to thwart the FBI’s probe and have called for some type of independent inquiry into the matter.

Mr. Trump has said he removed Comey because he was not doing a good job and that Comey lost the support of FBI employees.

If the Senate vote on an FBI director were to break down along strict party lines, Democrats would not have the votes to block a nominee.

Republicans control both chambers of the U.S. Congress. They hold 52 seats in the 100-member Senate, enough to approve a FBI nominee provided that no more than two Republican senators break ranks. In the event of a tie vote, Vice President Mike Pence would cast the deciding vote.

“The key is getting some of our Republican colleagues to join us,” Mr. Schumer said.

Republican leaders in the Senate have rebuffed calls for a special prosecutor, saying it would interfere with ongoing congressional probes.

Republican Senator Lindsey Graham of South Carolina said on Sunday there may come a time when a special prosecutor is needed but not now.

“Right now, it is a counterintelligence investigation, not a criminal investigation. So you don’t need a special prosecutor,” Mr. Graham said on NBC.