Politics Republicans and Democrats Agree: If Trump Has Tapes, He’ll Need to Turn Them Over to Congress
Politics 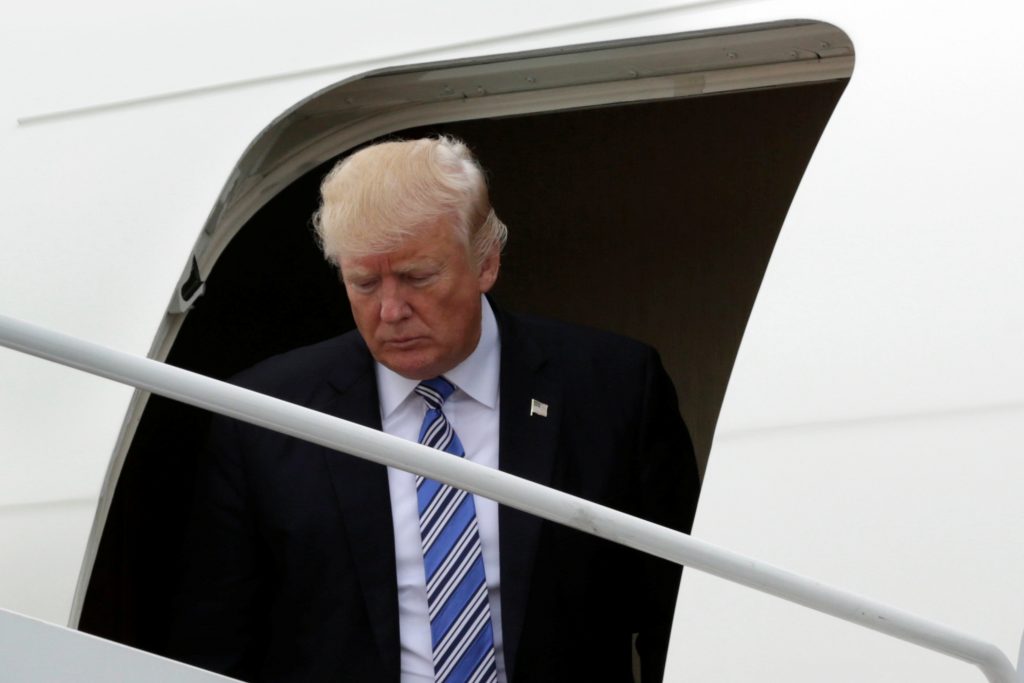 Lawmakers in both parties said Sunday that President Donald Trump will need to hand over any recordings of conversations in the White House if such a taping system does exist.

Mr. Trump suggested Friday that he taped private White House conversations with then-FBI Director James B. Comey, who was abruptly fired last week, and White House officials have not confirmed or denied the existence of a recording system.

The nondenials have intensified calls by Democrats for an independent, nonpartisan special prosecutor to investigate Russian meddling in the 2016 election. And several key Republicans and Democrats said Sunday that any recordings of White House conversations will need to be preserved for congressional review.

“If there are any tapes of this conversation, they need to be turned over,” Sen. Lindsey O. Graham, R-S.C., told NBC’s “Meet the Press.”

Sen. Mike Lee, R-Utah, a former federal prosecutor, said, “It’s probably inevitable” that such recordings would need to be handed over to Congress and predicted that they would be subpoenaed. Asked on Fox News about Mr. Trump’s decision to set up a taping system, Mr. Lee called it “not necessarily the best idea.”

Senate Minority Leader Charles E. Schumer, D-N.Y., said that if such tapes exist, “The president should turn them over immediately.”

“To destroy them would be a violation of law. But he should turn them over to Congress and to the investigators,” Mr. Schumer told CNN . “If there are no tapes, he should apologize to both Mr. Jim Comey and the American people for misleading them.”

Appearing on ABC, Sen. Mark R. Warner of Virginia, the top Democrat on the Senate Select Committee on Intelligence, said his panel or another congressional committee “absolutely” would subpoena Mr. Trump for such recordings.

“We have got to make sure that these tapes, if they exist, don’t mysteriously disappear,” Mr. Warner said.

Rep. Adam B. Schiff of California, the top Democrat on the House Intelligence Committee, told CBS’ “Face the Nation” that he would “absolutely” call for subpoenas of any such recordings.

Calls for the release of recordings came as new polling showed opposition to Mr. Trump’s decision to dismiss Mr. Comey. An NBC News-Wall Street Journal poll found that just 29 percent of Americans said they approve of the decision; 38 percent said they disapprove. About 32 percent of respondents said they didn’t have enough information to answer. But among those who have been paying “a lot” of attention to the firing, 53 percent said they disapprove; 33 percent approved.

Mr. Schumer said Sunday that Democrats are poised for an aggressive political fight if Mr. Trump nominates a partisan figure to lead the FBI. In his interview, Mr. Schumer also said that he supports blocking Mr. Trump’s eventual nominee until the Justice Department names a special prosecutor to investigate Russia’s meddling.

“We will have to discuss it as a caucus, but I would support that move, because who the FBI director is, is related to who the special prosecutor is,” the Democrat said, noting that Mr. Warner, whose committee is also conducting a Russia probe, also supports the appointment of a special prosecutor.

While notable, Mr. Schumer’s threat may be a bit toothless: Republicans have 52 seats in the Senate, and a rules change made in 2013 by Democrats means that whomever Mr. Trump nominates only requires a simple majority vote to be confirmed. But the Democratic leader’s comments signal that any Trump-pick is likely to face a politically charged confirmation fight and that Justice Department leaders can expect to continue facing pressure to name an independent prosecutor.

Mr. Graham dismissed calls by Democrats for a special prosecutor or independent commission to probe the Russia allegations, saying that ongoing congressional probes and the Justice Department investigation should suffice.

“It’s not a criminal investigation. I see no need for a special commission yet,” he said.

The next FBI director “should not be a partisan politician, not part of either party,” Mr. Schumer told CNN.

Mr. Graham agreed: “It’s now time to pick somebody that comes from within the ranks or is of such a reputation that has no political background at all.” He told NBC that Mr. Cornyn, a former judge and former Texas attorney general, would be a “superb choice” at another point in history but that “these are not normal circumstances. We have a chance to reset as a nation.”

On NBC, moderator Chuck Todd asked Secretary of State Rex Tillerson about Russian interference in the election, and the Secretary of State focused most of his answers on the rocky relationship between the United States and Russia. Mr. Todd also asked whether Mr. Comey’s firing shakes his own “concern about how much independence the president will give you.”

“Not at all, Chuck,” Mr. Tillerson said. “I have a great relationship with the president. I understand what his objectives are. When I’m not clear on what his objectives are, we talk about it… I understand I have to earn his confidence every day with how I go about those affairs and how I go about conducting the State Department’s activities consistent with the direction he wants to take the country.”