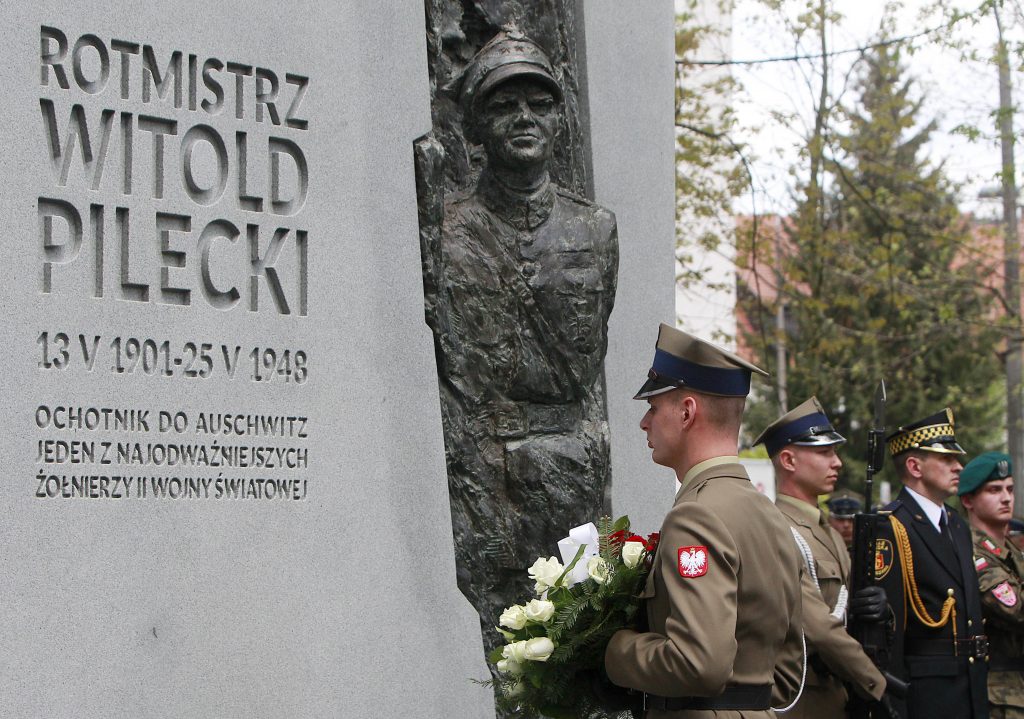 Warsaw’s mayor unveiled a monument Saturday to a World War II hero who volunteered to go to the Nazi’s Auschwitz death camp and informed firsthand on atrocities there, but was later executed by Poland’s communist regime.

The stone-and-metal memorial for Capt. Witold Pilecki is located near the place where in September 1940 the clandestine army fighter let himself be caught by the occupying Nazi Germans. It was a step toward becoming an inmate of Auschwitz, which the Germans operated in southern Poland.

Deputy Prime Minister Mateusz Morawiecki said Pilecki was twice victorious, first when he was ready to sacrifice his life for the defense of Poland and second when the memory of him and other resistance fighters survived the communist regime.

Pilecki wrote and smuggled out secret reports from Auschwitz to his superiors before fleeing under the cover of the night in April 1943. As a freedom fighter, he was caught by the Moscow-backed communist government imposed on Poland after the war, and after a year of brutal questioning and torture, was executed in May 1948.

His body was dumped in a mass grave and his name was taboo, as the regime wanted to erase every trace of the freedom fighters from public awareness while trying to subdue the nation.

Poland, now a democracy, is making efforts to fill in such blank pages from the nation’s past with ceremonies honoring wartime and anti-communist heroes.

At first, Polish resistance fighters were held and executed at Auschwitz. In 1942, the Birkenau part was added as a death camp for Europe’s Jews, who were the majority among some 1.1 million people killed there. The Soviet Army liberated Auschwitz in January 1945.