Technology Your Password Is Terrible and Everyone Wants to Fix That
Health, Science & Technology 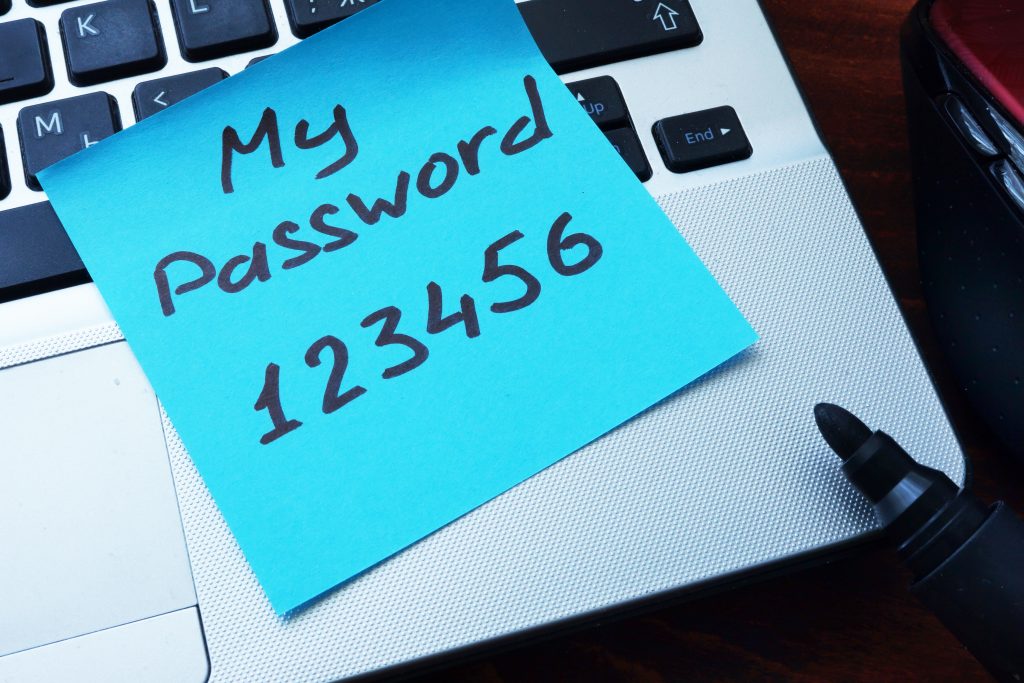 Headlines about mass data breaches have become ominously routine, and yet password convenience still trumps security for most people.

That’s why, year after year, the world’s most popular log-on remains “123456,” a password so obvious it accounted for 17 percent of the 10 million compromised passwords analyzed by Keeper Security, which sells a log-in management service.

The answer, of course, is to get rid of passwords altogether. Biometric technology, especially fingerprint scanners, has been steadily replacing the need to type in a password, which can easily be guessed by hackers wielding smart algorithms.

Now, with the world increasingly embracing voice-activated devices like the Amazon Echo and Google Home, companies are starting to create technology that recognizes a person’s speech patterns. Facial recognition is starting to catch on as well.

“Our vision is to kill passwords completely,” says Dylan Casey, vice president of product management at Yahoo Inc., which has suffered major security breaches. “In the future, we’ll look back on this time and laugh that we were required to create a 10-character code with upper- and lower-case letters, a number, and special character to sign in, much in the same way that today’s teenagers must laugh at the concept of buying an album on a compact disc.”

The question is whether companies will be able to persuade people to switch to biometric log-ins and whether the new technology will prove any more resistant to hackers than the old-fashioned password.

Apple popularized the fingerprint scanner by embedding it in the iPhone four years ago, subsequently baking the technology into the MacBook lineup. Now Microsoft is getting into the act. Last month, the company started to let the estimated 800 million people who use its Outlook.com, Skype.com and other cloud-based features log on with a fingerprint scan on their smartphone if they so choose.

By October or November this year “you’ll be able to take your phone, walk up to your Windows 10 PC and just use your thumb print to log into your PC,” says Alex Simons, who’s in charge of products within Microsoft’s identity division.

The banking industry, long mindful of security, has adopted some of the most cutting-edge technology. The U.K. bank Barclays started letting wealthy customers verify their identity during telephone banking with their voices back in 2014, and rolled out an opt-in version to retail clients last year.

“Our voice security works by taking a recording and analyzing the different voice patterns, the vocal tones, the pitch and the pace,” says Simon Separghan, who’s in charge of Barclays’ contact centers across the U.K., India and the Philippines. He said the bank is currently working to implement the technology into its mobile banking app. HSBC, Citi, Santander are also all starting to let customers use their voices to log into their telephone banking accounts.

Face recognition is becoming more common as well. Lloyds Banking Group announced in April that it would trial Microsoft’s Windows Hello technology, which lets online users log into their web-based accounts by pointing their face at a computer’s webcam. United Services Automobile Association has enabled the same within its mobile app for smartphones, as has U.K. challenger bank Atom.

Is the new technology hacker-proof? Barclays’ Separghan is sanguine about the bank’s voice-activated log-in system and says there have been no breaches so far. “We’re very confident that the system is as unique as your fingerprint,” he says. “So whether or not people are doing impressions or tape recordings and playing them back, the system has the ability to detect that.”

But Michela Menting, digital security research director at ABI Research, isn’t so sure. “With artificial intelligence you’ll have machines that’ll be able to clone human voices and may be able to pretend to be somebody else,” she says.

In April, three developers from a Montreal AI startup released demos of their speech synthesis tool, Lyrebird, which they said could “copy the voice of anyone” with as little as a 60-second recording. They released audio samples of their work, which mimicked the voices of Mr. Barack Obama, Mrs. Hillary Clinton and President Donald Trump.

One of Lyrebird’s founders, Alexandre de Brébisson, who is studying AI at the University of Montreal, said his team’s motivation was to improve speech synthesis rather than anything nefarious. “We believe that vocal human-computer interfaces will become more and more widespread in the future and we want to make them better,” he said.

Could his software be used to fool voice-based authentication? “We haven’t tested our tech on those systems,” he said, “but we would not be surprised that our current technology can already fool those systems.”

Similar concerns have been raised about face-recognition. Microsoft says its Hello technology, now available in a range of Windows-based computers and soon to be tested at Lloyds Bank, Halifax and Bank of Scotland, uses infra-red sensors to build a reliable representation of a human face. The company says the technology can’t be fooled by holding up a photograph to the lens. But in March, reports surfaced that the facial-recognition feature of Samsung Electronics Co.’s new Galaxy S8 smartphone could be tricked exactly that way.

In a statement, Samsung noted that users have several ways to unlock their phones and said facial recognition can only be used to open the Galaxy S8 and not to “authenticate access to Samsung Pay or Secure Folder.”

Thirteen years ago, Bill Gates predicted the death of the password. It never happened because people cling to old habits and can’t always afford the latest technology. To avoid alienating customers, the banks aren’t insisting that they switch to safer technology but are letting them opt in.

So though cheaper biometric sensors and smarter software have helped improve online security, Menting believes passwords may be around for another 50 years, kind of like landlines. “Until we have embedded devices in ourselves that can act as that password,” she says, “I really don’t see them losing the authentication war anytime soon.”

Hackers are counting on it.