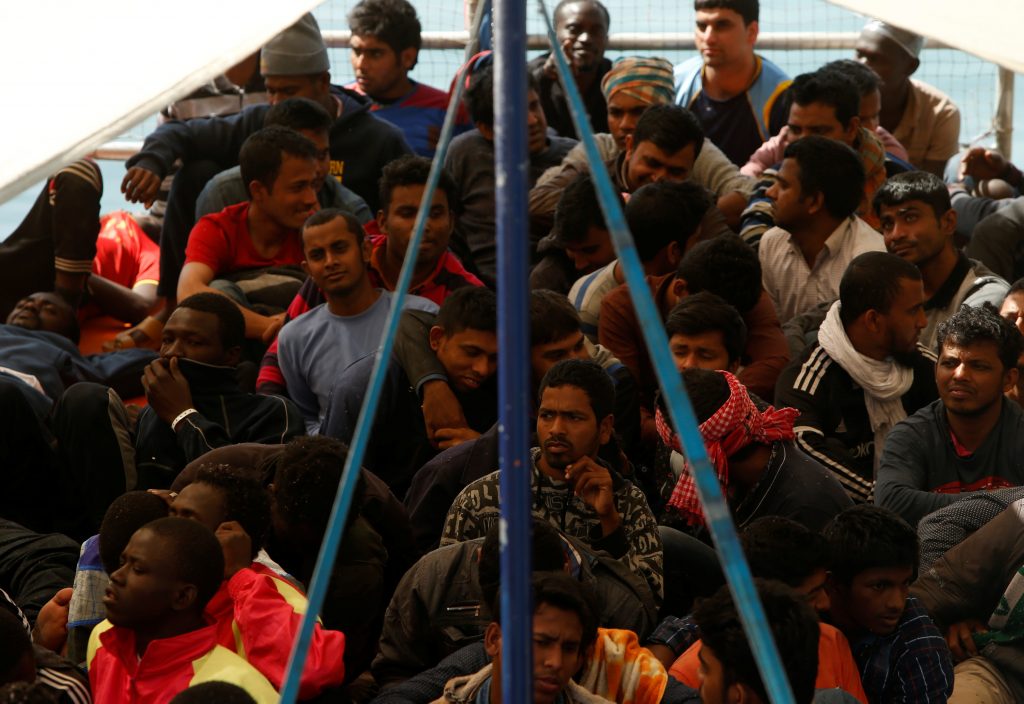 Rescuers saved 484 migrants from boats in the Mediterranean on Saturday and found the bodies of seven men who had died in the attempt to get to Europe, Italy’s coastguard said.

More than 45,000 people have reached Italy by boat from North Africa this year, a more than 40 percent increase on the same period of 2016, the International Organization for Migration (IOM) says. More than 1,200 have died on the way.

With rising arrivals, calls are growing for intervention in the African countries where most of the migrants originate and which they cross in their quest to reach Europe.

The coastguard gave no details about where the migrants rescued on Saturday came from, but most arriving in Italy come originally from sub-Saharan Africa or Bangladesh, and pay Libya-based smugglers to organize their passage.

Italy and Germany sent a joint letter on May 11 to the European Union to ask for a mission to be sent to Libya’s southern border, which many migrants cross on their way north, an Italian interior ministry source said on Sunday.

In the letter, the interior ministers, Marco Minniti and Thomas de Maziere, asked for a greater EU commitment to help stabilize the roughly 5,000 km (3,100 mile)-long border which Libya has long struggled to control, the source said.

A senior official in the United Nations-backed Libyan government in Tripoli said on Sunday that his administration was ready to create a new guard to patrol the frontier, but it could only be secured if other countries helped.

“The difficult economic situation in that region pushes lots of young people to work for the traffickers,” Kajman said, adding Italy had said it was willing to train the new guard.

Libya primarily needs administrative and logistical help, he added, saying Turkey had donated 20 tons of medicine but that now needed to be taken to southern Libya and distributed.

“[Italian Interior Minister Marco] Minniti has told us Italy is ready to dispatch mobile hospitals, but we need other countries and the European Union to lend a hand too,” he said.