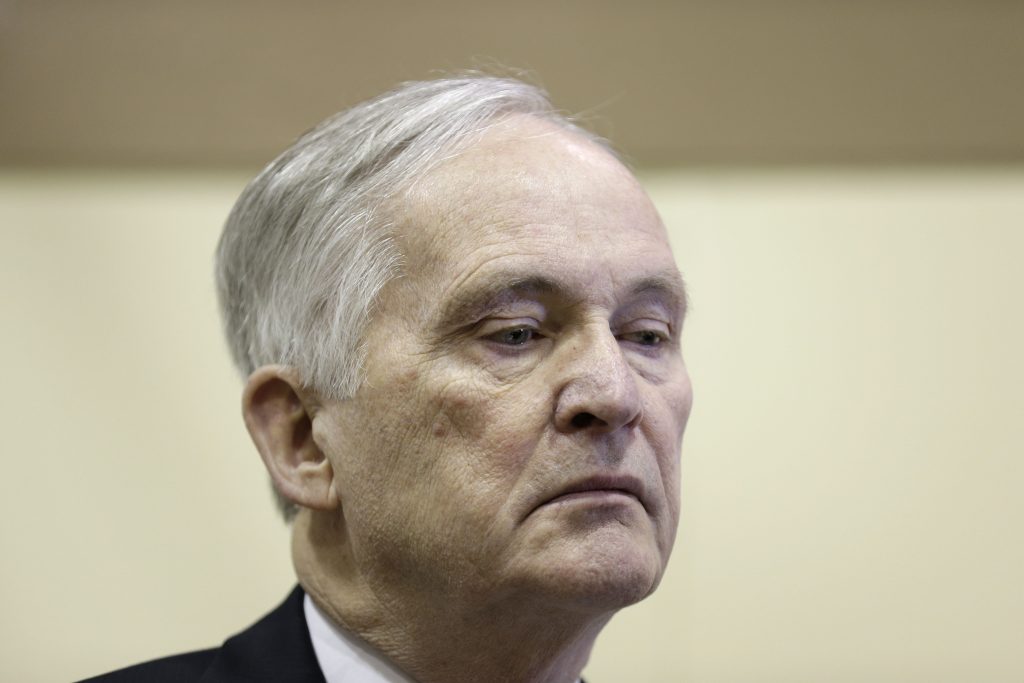 The head of New York City’s troubled jail system resigned his post Friday, after he was criticized for using his city-owned SUV to repeatedly drive to vacations in Maine.

Department of Corrections Commissioner Joseph Ponte, who led Maine’s state prison system for three years before he was hired to reform New York’s Rikers Island jail in 2014, announced he was retiring in a statement that thanked correction employees for their work “to bring about meaningful reform and build a culture of safety at the department.”

“I’m confident that all the hard work we’ve accomplished has positioned the department for even more meaningful reform in the days ahead,” he said.

His departure comes after weeks of criticism over alleged ethical lapses.

New York’s Department of Investigation, an anticorruption agency, released a report last month saying Ponte spent 90 days out of state last year in his department SUV. About a third of those days away came during the workweek.

City officials generally aren’t allowed to use their taxpayer-funded vehicles for personal trips out of the region, the report said.

The report said other officials at the agency used their vehicles for trips to Cape Cod, the Hamptons and other destinations.

Ponte promised to repay the city, but a subsequent report accused corrections officials of using internal affairs officers to eavesdrop on conversations between Department of Investigation investigators and inmate informants at the jail.

Mayor Bill de Blasio had defended Ponte, saying people were “missing the forest through the trees.”

On Friday, the mayor said in a statement that he would look for someone with the same experience and “progressive commitment” as Ponte.

“While much work remains, there is no doubt that our city’s jails are safer, more rehabilitative, and more humane as a result of Commissioner Ponte’s work,” he said.

Rikers, a former dump near the runways of La Guardia Airport, is accessible only by a narrow bridge between it and Queens. For decades, the city has sent its inmates there while they await trial. Violence, mismanagement and corruption have been the subject of intense scrutiny by the media and federal prosecutors in recent years.

Under Ponte, who has spent nearly 50 years working in correctional agencies around the country, New York City became the first large jail system to ban the use of solitary confinement for inmates under the age of 22.

Mental health and education programs were expanded. A 2015 settlement of civil litigation over pervasive brutality led to the installation of a monitor responsible for overseeing the city’s progress in adding thousands of surveillance cameras and stricter policies on use of force.

But the jail is still troubled: A report by the federal monitor last month found that guards continue to use excessive force at an alarming rate.

Last month, de Blasio announced he’d support an ambitious plan to dismantle the jail in favor of a network of smaller jails, but warned it could take at least a decade to accomplish.