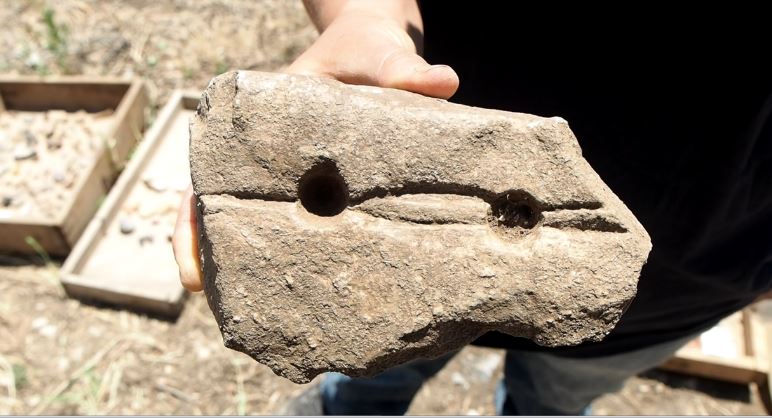 A rare stone slab that was apparently used by the country’s ancient inhabitants for lighting fire was discovered in an archaeological excavation in Ramat Beit Shemesh.

According to Anna Eirikh-Rose, excavation director for the Israel Antiquities Authority, “The people who lived here…prepared a thick limestone slab with two depressions in it and grooves between them that connected the hollows. Some think this is an ancient game board, but according to researchers at the Hebrew University, such slabs were used for starting fire: this device made it possible to rapidly rotate a wooden branch in the hollow (similar to a drill). The rotational energy was translated into heat, and when it came in contact with a flammable material placed inside the hollow, it began to burn and the fire was lit.

“There are only about ten similar slabs…in the National Treasures; thus it is a rare artifact. Additional finds uncovered in the excavation include a fragment of a bracelet, tools, and numerous animal bones.”

The excavations are taking place at the junction of Highway 38 and Virginia Boulevard in Ramat Bet Shemesh as part of an upgrade and expansion project funded by Netivei Israel.