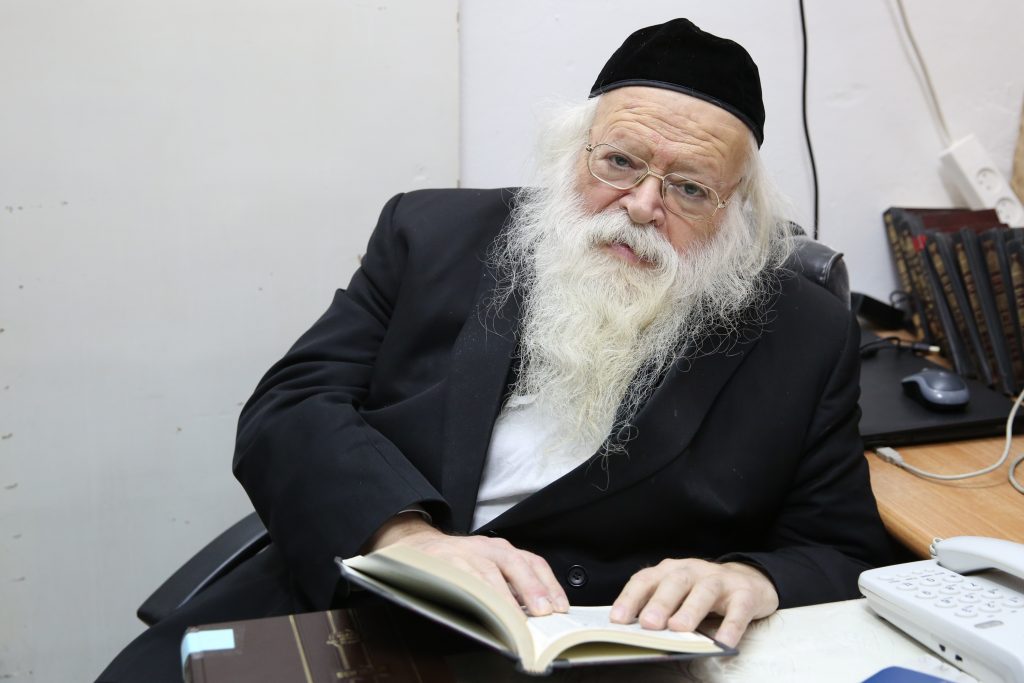 The olam hatorah and the community of Bnei Brak are deeply saddened by the passing of Harav Shmuel Yaakov Borenstein, zt”l, Rosh Yeshivas Kiryas Melech in Bnei Brak, at the age of 70.

Rav Borenstein was born in Yerushalayim, and he learned in Yeshivas Tiferes Tzvi and in Yeshivas Chevron, where he already attracted a following among the talmidim. He married Mrs. Sara Rasya (Kleiner), a granddaughter of Hagaon Rav Avraham Yitzchok Bloch of Telz. He went on to learn at Yeshivas Mir where he was a talmid muvhak of Hagaon Rav Chaim Shmuelevitz, and he was a talmid as well of Hagaon Rav Yitzchok Hutner during the period that he led his yeshivah in Yerushalayim.

In the ensuing years, he served as a maggid shiur in a number of yeshivos, until Yeshivas Knesses Yisroel – Chevron was opened in the Geulah neighborhood in Yerushalayim, when he then assumed the position of Rosh Yeshiva alongside Harav Yaakov Chaim Sarna, zt”l and he taught many talmidim there for twenty years. Shortly after Yeshivas Kiryas Melech opened in Bnei Brak, Rav Borenstein accepted an invitation to serve as Rosh Yeshiva and he moved to Bnei Brak. He was known for his deep shiurim, his shmuessen which possessed a depth of machshavah, and his heartfelt tefilos. He was mechaber the seforim Zos L’yaakov on a number of masechtos as well as other seforim.

He suffered from medical problems over the years, and unfortunately a number of recent complications ended in his petirah.