Business Stocks Dip; S&P 500 on Pace for First Down Week in 4
Business 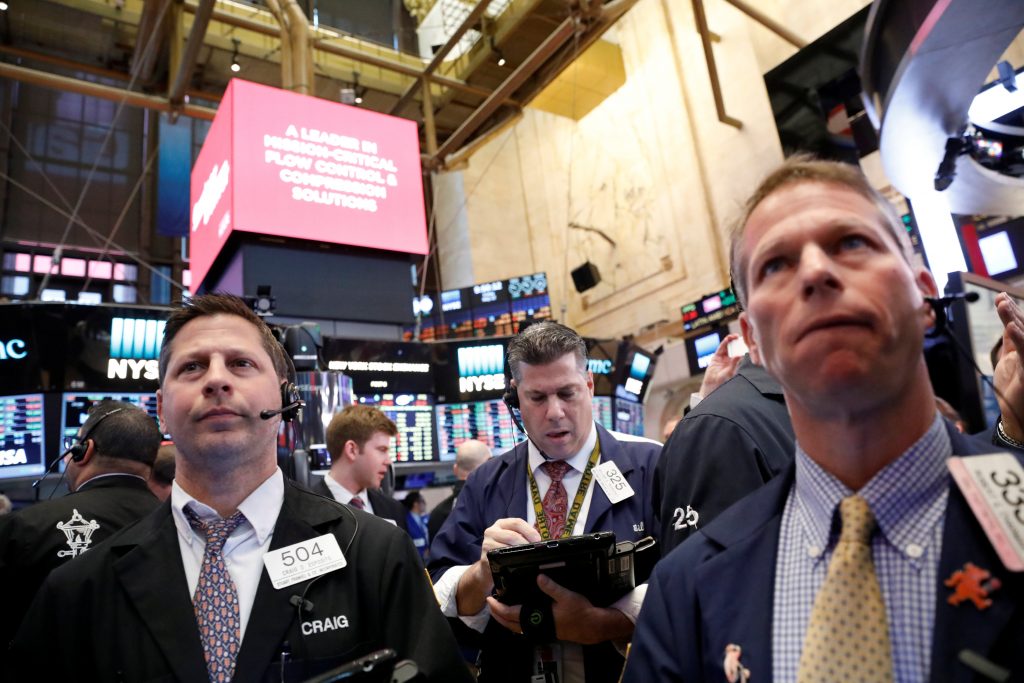 Shares of department-store chains sank again Friday, hurt by more evidence that shoppers are turning away from them. A drop in Treasury yields also put pressure on bank stocks, and the weakness helped pull the Standard & Poor’s 500 index down modestly.

The S&P 500 is on pace for its first weekly loss in the last four, though it remains close to its record.

NOSEDIVE: Nordstrom plunged $3.94, or 8.5 percent, to $42.27, the biggest loss in the S&P 500, after a key sales figure weakened last month by more than analysts had expected. It joined a long list of other department-store chains that have reported discouraging results recently, as their customers increasingly head online.

J.C. Penney fell 50 cents, or 9.4 percent, to $4.80 after it reported a loss for its latest quarter and weaker revenue than analysts had expected.

ELSEWHERE, WALLETS OPEN UP: Outside of department stores, shoppers picked up their spending last month, and retail sales rose 0.4 percent from March. That was below economists’ expectations, but it’s an acceleration from weak levels registered earlier in the year. It also may be an indication that the economy will indeed pick up from its early-year torpor, as many economists predict.

PRICES RISE: Consumer prices also picked up a bit of momentum in April. Prices rose 0.2 percent last month, following a drop of 0.3 percent in March, as energy prices climbed higher. But after excluding energy and food prices, inflation was weaker last month than economists were expecting.

The Federal Reserve is paying close attention to inflation as it raises interest rates off their record lows, particularly where it is after excluding energy and food prices, which can be volatile.

CASCADE EFFECT: Bank stocks have recently been trading in the opposite direction of Treasury yields, because a rise in interest rates would allow banks to make bigger profits from making loans.

Financial stocks in the S&P 500 fell 0.9 percent, most among the 11 sectors that make up the index.

On the winning side were utilities and telecom stocks, whose relatively big dividends look more attractive when bonds are paying less in interest.

HEALTHY GAIN: U.S.-listed shares of AstraZeneca jumped $2.58, or 8.3 percent, to $33.72 after the company reported results from a trial of a lung-cancer treatment.

GROUP OF SEVEN: Finance ministers from seven of the world’s advanced economies are gathering in Italy this weekend. The officials from Britain, Canada, France, Germany, Italy, Japan and the United States are expected to discuss ways to promote economic growth. Also on the agenda: U.S. Treasury Secretary Steven Mnuchin will explain Trump’s plans to cut business taxes and regulations and outline the administration’s economic policies, including its stance on trade.