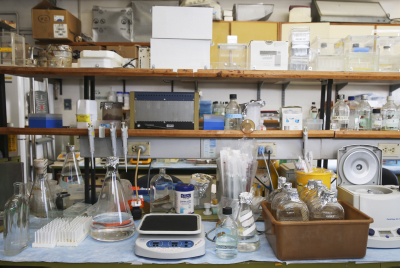 The Health Ministry is acting to stave off what officials said was a coming crisis among workers in medical labs. The workers, who are employed by hospitals and health-care providers (kupot cholim), have long complained that they are overworked and underpaid. A new plan by the Ministry will see their salaries and benefits substantially increased. A committee has been set up that will analyze results of recent studies on the job satisfaction levels of the workers and make recommendations in the coming months. A new plan will be in place by the end of 2017, said Health Ministry official Professor Itamar Grotto.

The medical lab workers are an essential part of the health-care system, analyzing the results of blood and other medical tests, required for diagnosis or further treatment. In many cases, results of tests are delayed because of a lack of workers or resources, and occasional strikes by workers postpone work even more.

According to Health Ministry studies, 63 percent of the workers plan to leave their jobs because of salary issues. Some 83 percent of lab managers said that they have difficulty in recruiting workers, while 80 percent of the workers said that they would not recommend to friends that they seek jobs in the profession because of the poor conditions. Exacerbating the situation is the fact that over half the workers in medical labs are age 55 or over, while a quarter are 65 or older, set to retire – and there are few younger workers replacing them.

Esther Admon, head of the workers’ committee representing lab workers, said that the Ministry is acting not a moment too soon. “We are in a total breakdown here,” she told TheMarker. “If negotiations on new conditions are not opened immediately and if a plan to recruit workers is not implemented soon, there will be nothing to save in this profession. The results of the studies by the Ministry were supposed to come out a year ago, and those studies show that the profession is in dire straits.”