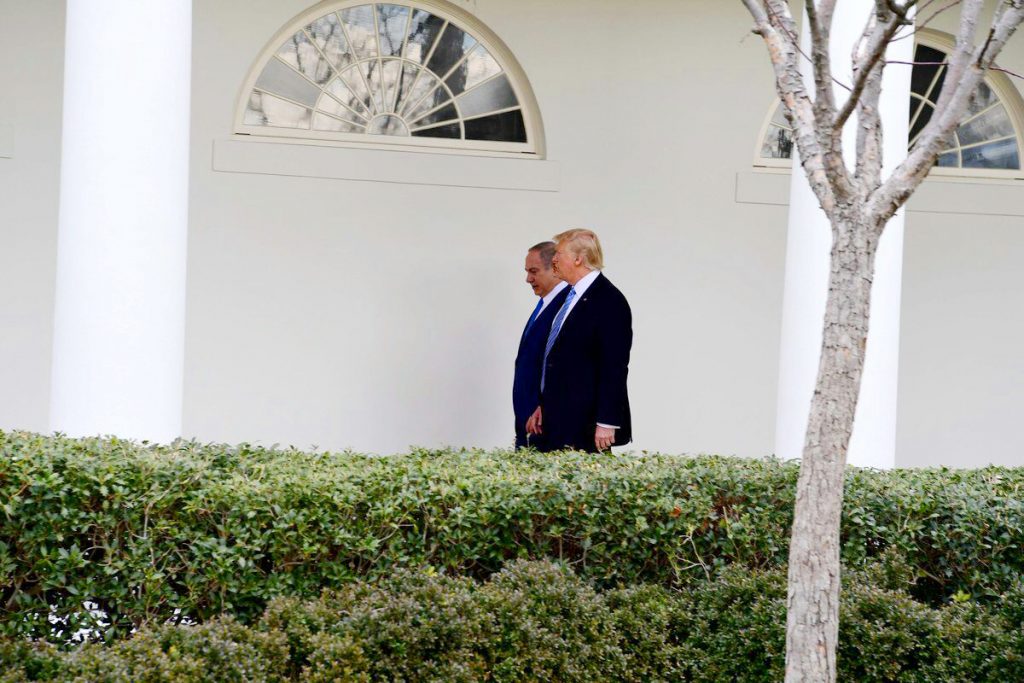 As the visit of President Donald Trump to Israel nears, Israeli officials were expressing concern that the government could be in for another round of pressure to enter into peace talks with a still unreformed Palestinian Authority, with the focus of the negotiations on Israeli concessions. An unnamed senior government official was quoted Thursday by Channel Ten as saying that from all the signals, it appears that President Trump is going to use the visit to make the “ultimate deal” he wants to seek between Israel and the Palestinians.

“Trump appears determined to reach an agreement,” said the source, whom Channel Ten identified as a government minister. “We have no option to fight with him. If after eight years of disputes with the Obama administration we end up in the same situation with Trump, it will cause vast damage to Israel.” President Trump, said the source, is “uniquely unpredictable, and if Prime Minister Netanyahu tries to ‘smear’ him as he did with Obama, things will not go well.”

The comments came a day after a report by the NRG news site that Trump has decided not to move the American embassy from Tel Aviv to Yerushalayim at this time. According to the report, President Trump has decided to sign a waiver postponing the embassy’s move by at least six months, as all his predecessors have done since 1995, when a law that required the embassy to be moved was passed.

In addition, it was reported that American diplomats have been readying for a three-way summit, in which President Trump would meet with PM Netanyahu and Palestinian Authority chief Mahmoud Abbas. At that meeting, President Trump plans to proclaim a major policy initiative, in which he will give the two sides nine months to make a deal, with American help. The Palestinian Authority initially said it was unaware of such a meeting, but sources in the Palestinian media quoted sources in Ramallah as saying that such a meeting was indeed in the works.

Earlier this week, Haaretz quoted American businessman Ron Lauder, known to be close to President Trump, as saying that President Trump was “very determined” to reach an agreement on the Middle East. According to the report, Lauder spoke to several Israeli officials, including Education Minister Naftali Bennett, Justice Minister Ayelet Shaked and opposition leader Yitzchak Herzog, who were in New York for a conference. The report quoted one of the officials saying that Lauder “didn’t go into a lot of detail, but made it clear that this really is a top priority for the president.” Things would become clearer, Lauder told the official, when the visit takes place.

In an interview with Channel Ten, Justice Minister Ayelet Shaked said that President Trump should reconsider his desire to see a peace deal before he got too involved in it. “Every time there is a round of negotiations that sours we see another round of violence,” Shaked said. “I do not believe a political solution will emerge from these talks, and I would urge the president to change direction and think about an economic deal that can benefit the Palestinians. Such a deal would concentrate on economic development in the PA, enhancing economic ties with moderate Arab states, and building industry and business in the PA – a sort of Marshall Plan for the PA,” she said, referring to the U.S. effort to rebuild Europe after World War II.