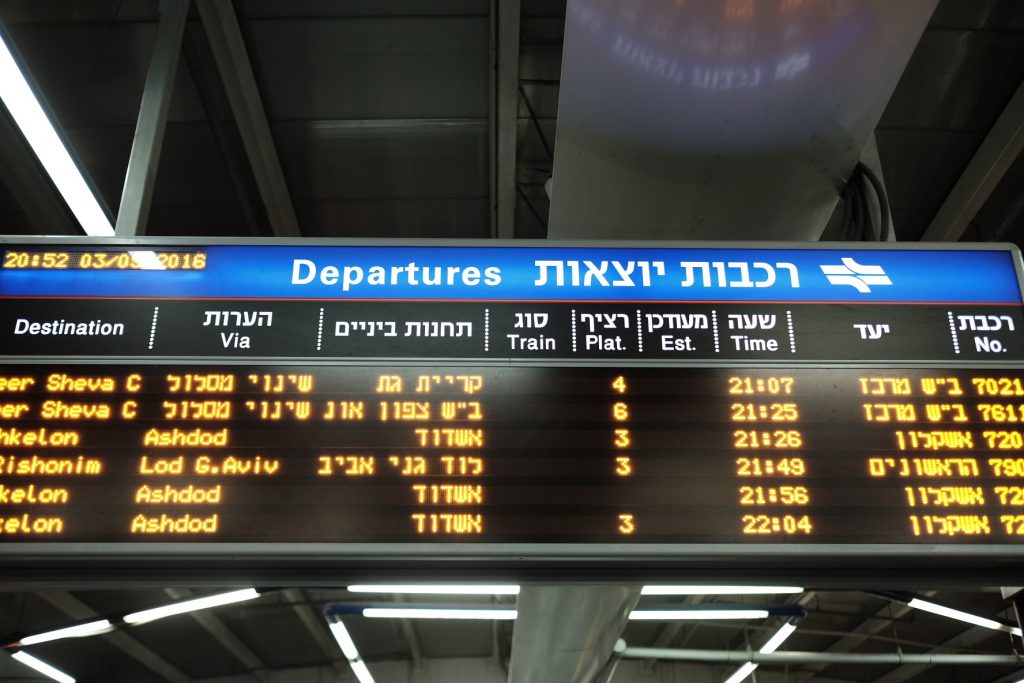 The four most crowded train stations in Israel are in Tel Aviv, a study by Israel Railways shows. The numbers, published in TheMarker, show that the Tel Aviv Center (Savidor) station is the busiest in the country, with 15.45 million passengers passing through it each year. The least popular train station: the Yerushalayim Biblical Zoo, which serviced just 3,300 passengers in 2016.

Outside of Tel Aviv, the busiest station was Carmel Beach in Haifa, with 4.8 million travelers in 2016. Coming in third with slightly fewer passengers was Netanya, where a second station was opened last November to help reduce the pressure on the main station. Rechovot was next, with 4.54 million passengers. Other particularly busy stations included Be’er Sheva Central and Ashdod, as well as the station at Ben Gurion Airport, which was used by 2.9 million passengers. Most of those passengers used the train to leave the airport, as opposed to arriving there.

The numbers are important for Israel Railways to help management make decisions on where to deploy trains and how to set schedules, with trains operating more frequently at busy stations, railway officials said.