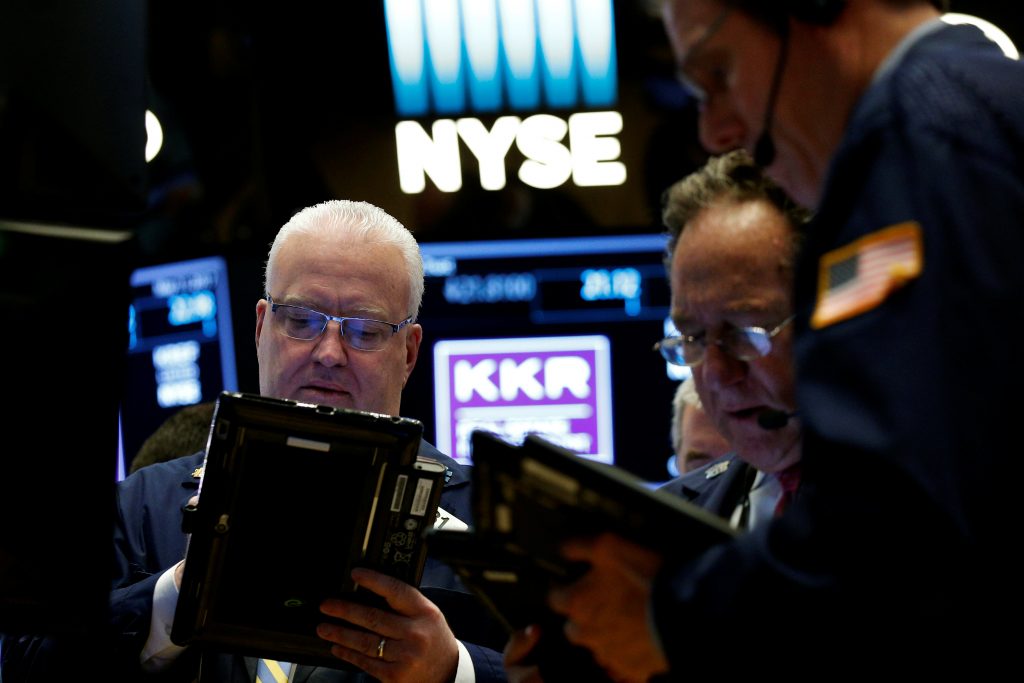 Small-company stocks fell more than the rest of the market. The Russell 200 index dropped 7 points, or 0.5 percent, to 1,392. Three stocks fell for every two that rose on the New York Stock Exchange.

THE QUOTE: “Those retail numbers are weighing on the market,” said Quincy Krosby, market strategist at Prudential Financial. “Macy’s (results) came in well below what the market had expected and that has basically put a cloud over the brick-and-mortar retail across the board.”

COMPANY EARNINGS: Despite the sluggish results from some department-store chains, corporate results for the first three months of the year have been mostly positive. With about 89 percent of companies in the S&P 500 index having reported results so far, 51 percent have turned in better-than-expected earnings and revenue, according to CFRA Research. Technology, financials and materials companies have posted the biggest earnings growth.

IN A SLUMP: Macy’s sank 16.9 percent after the department store chain’s latest quarterly results fell short of Wall Street’s forecasts. The stock was the biggest decliner in the S&P 500, sliding $4.95 to $24.39. Shares in Nordstrom, which was due to report earnings later Thursday, also fell. The stock shed $3.69, or 7.4 percent, to $46.32.

SALES DISAPPOINT: Dillard’s first-quarter results exceeded financial analysts’ expectations, but its revenue for the quarter fell short. The stock fell $10.40, or 18 percent, to $47.50.

MIXED QUARTER: Kohl’s was down 6.9 percent after the retailer reported improved quarterly earnings, but revenue that was below Wall Street’s estimates. The stock gave up $2.79 to $37.53.