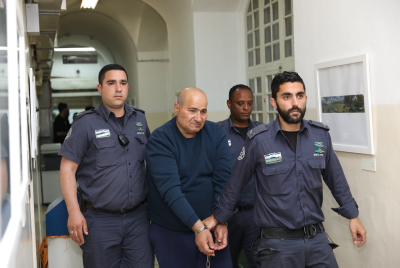 Jamal Tamimi, the 57-year-old Arab who murdered British exchange student Hannah Bladon on the Yerushalayim light rail last month, was indicted for murder on Thursday. Bladon was a 21-year-old exchange student from the United Kingdom who was attending Hebrew University.

According to the indictment, Tamimi grabbed a large kitchen knife and left his home, intending to murder Jews. He stabbed Bladon seven times, and his stabbing spree was halted only when a police officer neutralized him. Bladon was critically injured in the attack, and died of her wounds later. Two other people were lightly wounded in the attack.

Under questioning, Tamimi told interrogators that he stabbed Bladon in order to prompt soldiers to shoot and kill him. According to officials, Tamimi suffered from a number of mental issues, and had been in and out of psychiatric institutions for years. A few days before the attack, he informed managers of a hostel in Haifa that he was leaving. The managers attempted to inform family members, but they had changed their phone number, after breaking off all communications with their father.

According to Tamimi, he returned to Yerushalayim the day before the attack and called a family member, who told him that the family was not interested in seeing him. He told interrogators that after hearing that, he felt he had “nothing to lose,” and he went out and bought a knife. He got on the light rail, where he saw an armed soldier. It was then that he decided to attack someone, in order to get the soldier to shoot him. Instead, Tamimi was disarmed by an off-duty police officer who tackled Tamimi immediately after the stabbing.