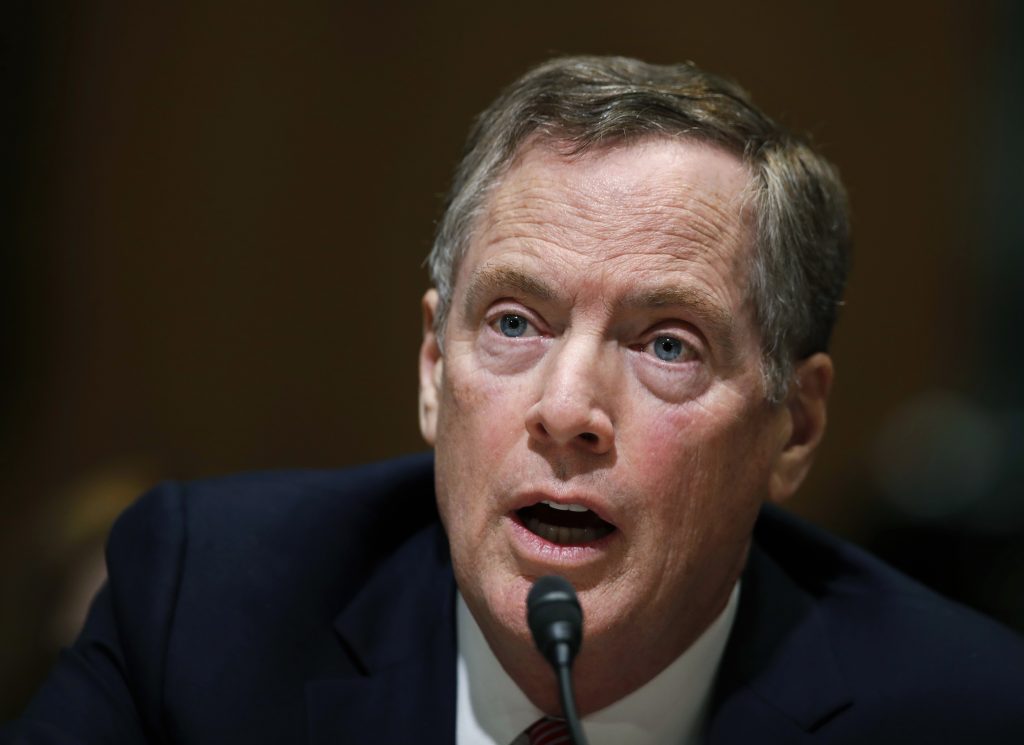 The U.S. Senate on Thursday approved President Donald Trump’s nominee for U.S. Trade Representative, a critical position ahead of renegotiations of the North American Free Trade Agreement with Canada and Mexico.

Delays in Senate confirmation of veteran trade lawyer Robert Lighthizer more than 100 days after his nomination have set back Trump’s trade agenda, including the start of talks about revamping one of the world’s biggest trading blocs.

But Lighthizer won support from both Republicans and Democrats in the Senate on Thursday, with a 82-14 vote to confirm his nomination.

The administration has had to wait for Lighthizer to be in place before triggering the formal process to begin renegotiating NAFTA. It was not immediately clear when the White House would begin that process.

President Trump has said the 23-year-old trade pact devastated U.S. workers and has vowed to tear it up if he fails to get a better deal.

Some Democrats, while critical of Mr. Trump’s own views on trade, said they were confident that Lighthizer, who served in the Reagan administration as deputy U.S. Trade Representative, would work to help U.S. workers.

“He’s a real pro,” Senator Ron Wyden, a Democrat from Oregon, said before voting in favor of Lighthizer’s nomination.

Lighthizer’s approval came despite the objections of two Republican senators, John McCain of Arizona and Ben Sasse of Nebraska, who said they were worried Lighthizer did not appreciate NAFTA’s benefits.

While the U.S. trade deficit with Mexico has ballooned since the trade deal was enacted in 1994, U.S. farmers have profited from exports to America’s southern neighbor while automakers have cut costs by building cross-border supply chains that benefit from lower Mexican wages.

Orrin Hatch, a Utah Republican who chairs the Senate Finance Committee and voted in favor of Lighthizer’s nomination, also urged the incoming trade representative to be careful not to put at risk the gains NAFTA has brought.

“There are definitely opportunities to update and improve NAFTA,” Hatch said. “But it is important that the administration follow the spirit of the Hippocratic oath: First do no harm.”

Lighthizer for the past nearly 30 years has been a trade lawyer representing American steel companies in their efforts to fight dumping of foreign-made steel below costs and unfair steel subsidies from foreign governments. He has pledged to strengthen enforcement of existing trade deals and to find new legal tools to combat unfair trade practices.