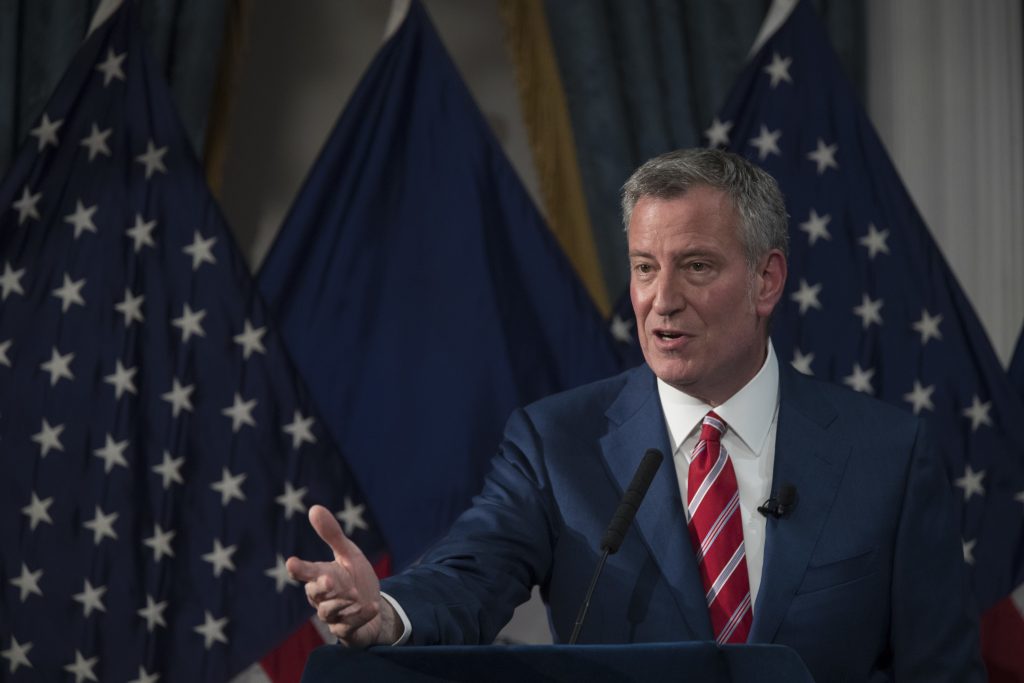 Jessica Ramos, a City Hall spokeswoman, said that the meeting, which will take place next Tuesday at the public school on the corner of 20th Ave. and 58th Street, is open to anyone but attendees must register in advance.

“This is a great opportunity for residents of Councilman Greenfield’s district to bring their questions and concerns to Mayor de Blasio,” Ramos said in a statement to Hamodia, adding that “commissioners and representatives from city agencies will also be on hand to answer any questions.”

The doors open at 6:00 p.m. and the program begins an hour later.

Since he became mayor in 2014, de Blasio has rarely appeared in Boro Park, a district he represented in the city council from 2001 until 2009. As he gears up for his first reelection bid this November, the Democratic mayor has begun holding town hall meetings around the city.