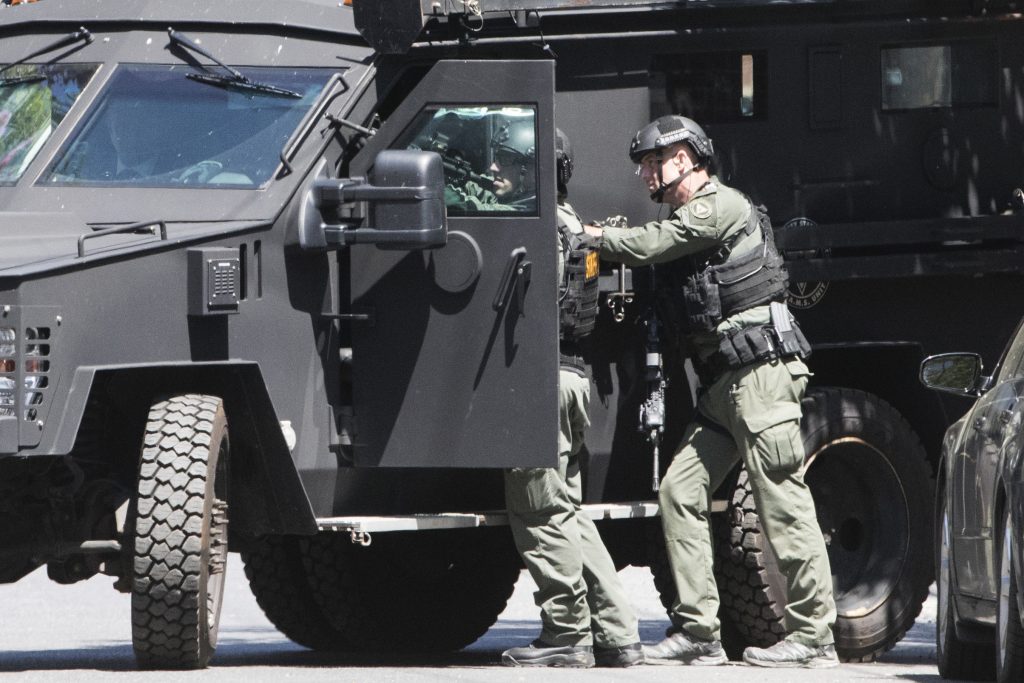 A New Jersey man surrendered to police Thursday after barricading himself in a house for 35 hours and getting into a shootout with law enforcement the day before that left a bystander dead, police said.

Tyleeb Reese, 35, emerged from a house in Trenton shirtless around 5 p.m. He had called the Trenton police room 20 minutes earlier to inform them he was going to surrender, police said.

Three Mercer County sheriff’s officers suffered minor injuries in the shooting and were treated at a hospital.

Powell’s wife said that they had been married for 30 years and their daughter is expecting her first child.

Powell said her husband had left the house before she woke up Wednesday. She tearfully recalled walking by the standoff earlier, unaware of what had happened to her husband.

“He was already dead and I didn’t know,” Powell said.