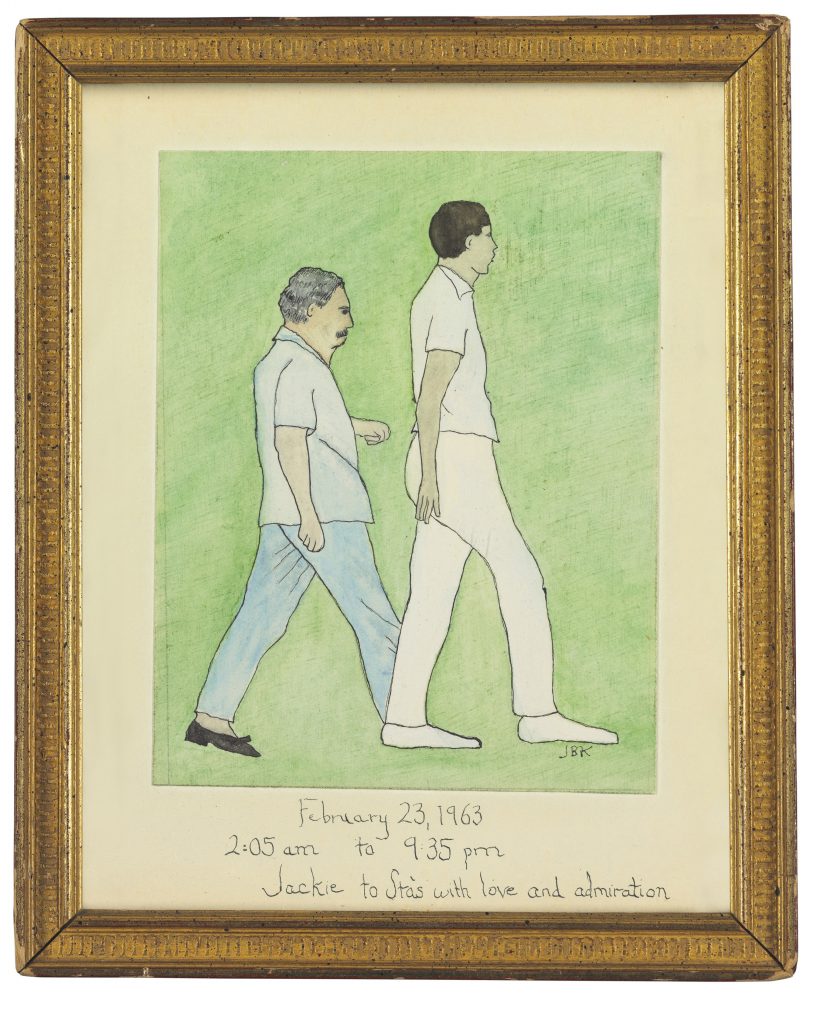 A watercolor painting by Jacqueline Kennedy Onassis, the former first lady’s Cartier watch, and a hand-annotated speech by John F. Kennedy that he later incorporated into his “Profiles in Courage” are being auctioned.

The then-first lady, who painted as a hobby, created the 6½-inch by 8-inch artwork in 1963 as a gift for her brother-in law, Stanislaw Radziwill, Christie’s said Thursday. Radziwill gave her the watch.

The JFK speech manuscript is one of several Kennedy-related items up for auction starting Thursday and ending May 18 by Boston-based RR Auction in conjunction with the 100th anniversary of the former president’s birth.

The painting and watch commemorate a 50-mile hike that Radziwill undertook as part of JFK’s physical fitness initiative. The first lady briefly joined the hike.

The painting depicts Radziwill walking with a Kennedy family friend.

The seller is anonymous. Part of the proceeds will benefit the National Endowment for the Arts.

The typed JFK manuscript is a page from a 1955 speech the then-U.S. Senator from Massachusetts gave at the Sigma Delta Chi Journalism Fraternity at the University Club in Boston in October 1955. Kennedy underlined several phrases in pencil and made a few deletions.

Some quotes featured in the speech were later published in the 1957 Pulitzer Prize-winning book “Profiles in Courage.”