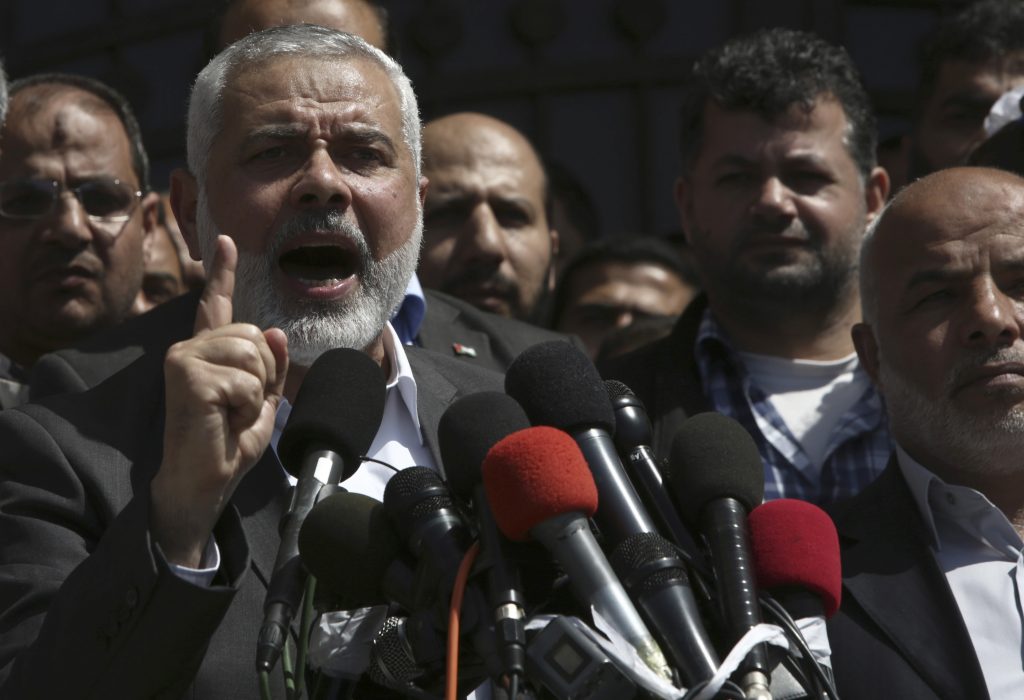 The Hamas terror group that runs the Gaza Strip said on Thursday it has apprehended the killer of one of its senior commanders and that he carried out the assassination on Israel’s orders.

Mazen Fuqaha, 38, was shot in the head and the chest while in his car on March 24 near his Gaza home.

Israel Defense Minister Avigdor Liberman, in an interview with Yediot Acharonot soon after the killing, attributed the death to an internal power dispute in Hamas.

“We announce to the Palestinian people that the one who carried out this crime upon orders of Israeli security officers is now in the hands of [Palestinian] security services,” said Ismail Haniyeh, Hamas’s newly elected supreme leader, as Fuqaha’s wife stood next to him.

“The direct killer who executed the crime was arrested,” Haniyeh told reporters, without identifying him but saying that he had confessed to the shooting.

Israel jailed Fuqaha in 2003 for planning attacks against Israelis and sentenced him to nine life terms. He was released in 2011, as part of a group of more than 1,000 Palestinian prisoners whom Israel freed in exchange for the release of Gilad Shalit.

Israeli media said that after Fuqaha’s release and exile to Gaza, he continued to plan attacks by Palestinian terrorists.

“The occupier bears responsibility for [Fuqaha’s death] because the confession [of the killer] is clear; the master who gave the orders was the occupier, the Zionist enemy,” said Haniyeh, but he stopped short of threatening retaliation.

Following Fuqaha’s death, Hamas imposed a lockdown in Gaza, setting up military style checkpoints throughout the Gaza Strip, sealing its border crossings and rounding up dozens of people for questioning. Last month, it executed three people accused of collaborating with Israel, though their cases were not directly connected to the Fuqaha case.

Haniyeh thanked the people of Gaza for “understanding” the measures taken by their security services over the past month-and-a-half.