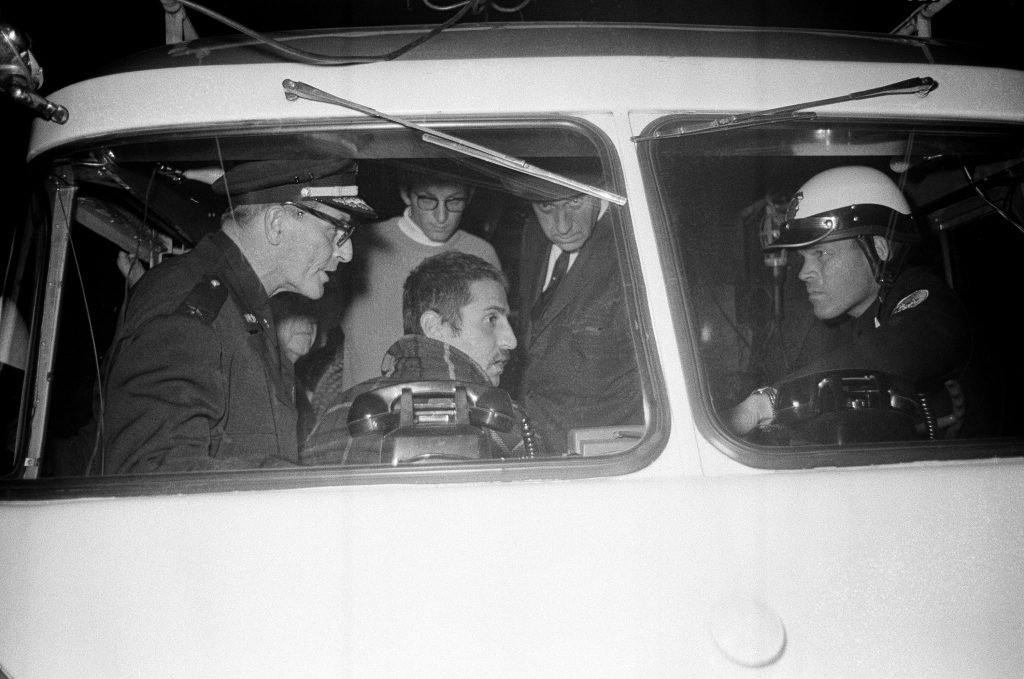 In campus clashes from California to Vermont, many defenders of the First Amendment say they see signs that free speech, once a bedrock value in academia, is losing ground as a priority at U.S. colleges.

As protests have derailed speeches by controversial figures, including an event with Ann Coulter last month at the University of California, Berkeley, some fear students have come to see the right to free expression less as an enshrined measure of protection for all voices and more as a political weapon used against them by provocateurs.

“I think minority groups and those who feel alienated are especially skeptical about free speech these days,” said Jeffrey Herbst, leader of the Newseum, a Washington group that defends the First Amendment. “But the powerful can get their message across any number of ways. It’s those who feel powerless or alienated who really benefit from enshrined rights.”

On Wednesday, students at the historically black Bethune-Cookman University in Florida tried to shout down a commencement address by Education Secretary Betsy DeVos, who said during her speech, “Let’s choose to hear one another out.” Students and alumni had previously petitioned to rescind her invitation, saying she doesn’t understand the importance of historically black schools.

While some cast the debate as a political battle, pitting protesters on the left against conservative speakers on the right, First Amendment advocates warn the line marking acceptable speech could slip if more college students adopt less-than-absolute views on free speech.

When UC Berkeley canceled Coulter’s April 27 speech amid threats of violence, it was only the latest example of a speaker with controversial views being blocked from talking. Since the beginning of 2016, nearly 30 campus speeches have been derailed amid controversy, according to the Foundation for Individual Rights in Education.

At Middlebury College in Vermont, author Charles Murray was shouted down by students who accused him of espousing racist views.

In the past year, other speeches have been disrupted or canceled amid student protests at the University of Wisconsin, UC Davis, Brown University, New York University and DePaul University, among others.

Today’s students have developed a new understanding of free speech that doesn’t protect language seen as offensive to minorities or others thought to be disenfranchised, said Herbst, also a former president of Colgate University, a liberal arts school in Hamilton, New York.

The literary group PEN America has also warned free speech is being threatened at colleges.

“The university has dual imperatives. It has to be a place that is welcoming and open to students of all backgrounds, cognizant of the barriers that impede students from marginalized groups,” she said. “But that cannot and must not come at the expense of being an open environment for speech.”

The events at Berkeley and Middlebury have drawn scorn from observers across the political spectrum, including some founders of the free speech movement that took root at Berkeley in the 1960s. Jack Weinberg, who was arrested on campus in 1964 for violating school codes on activism and sparked a wave of protests to change them, said he found “the whole thing despicable.”

“When you suppress ideas, you also increase interest in those ideas,” Weinberg said. “It’s understandable that people want to stop it, but it doesn’t work.”

Still, some students don’t see a problem with disrupting provocative speakers. Some say they’re simply invoking their own First Amendment rights, while others say they’re appealing to higher principles that take priority over free expression.

“If your goal is to come onto university campuses and put communities at risk, and your goal is to bash and spew hateful, racist rhetoric, then we don’t want that,” said Richard Alvarado, a junior at Berkeley who protested both recent speeches. “We as a community have a moral obligation to hold you accountable for it.”

Colleges need to take a harder stance against students who disrupt speeches, some say. Republican lawmakers in Wisconsin are pushing a bill that would force state universities to suspend or expel students who repeatedly interfere with others’ free speech. Similar legislation was recently approved in Virginia and Colorado, and is being considered in California, Michigan and North Carolina. The bills are modeled after a proposal by the Goldwater Institute, a conservative think tank in Arizona.

Others are calling for colleges to adopt stronger policies in support of free expression, and for primary schools to bolster lessons on the First Amendment.

“We are seeing things on an all-too-regular basis which would have been unthinkable just a few years ago,” said Floyd Abrams, a prominent First Amendment attorney in New York City. “One can only hope that tempers will cool and people will come to accept the virtues of living in a society where even offensive speech is fully protected by the First Amendment.”