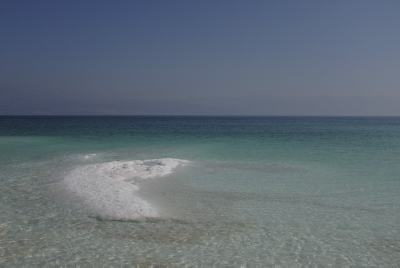 A man who drowned in the Dead Sea over the weekend has turned out to be Vasily Tarasyuk, a member of Russia’s Duma. According to Russian news agency InterFax, the 68-year-old was the victim of the tragedy, in which the body of the victim remained unidentified for several days.

Tarasyuk was on vacation in Israel during a recess in the Russian parliament, and was due to remain in Israel until May 14th. He was a member of Russia’s far-right Liberal Democratic Party, headed by Vladimir Zhirinovsky, considered by many to be a notorious anti-Semite who in the past has blamed Jews for starting World War II (and who claims to have a Jewish father).

Tarasyuk was not known to be Jewish. He has been serving in the Duma since 2003, and is the Deputy Chairman of the Duma state committee on Natural Resources and Utilization. His body will be sent back to Russia for funeral arrangements and burial, family members said.

The drowning took place at Herod’s Beach on the Dead Sea, and Magen David Adom workers and lifeguards responded to emergency calls for rescue, Yediot Acharonot reported. They retrieved Tarasyuk from the water and attempted to revive him, but failed. Although there is a popular myth that one cannot drown in the Dead Sea because the heavy mineral content makes submerging in it very difficult, the reality is that about 20 percent of the victims of drowning in Israel every year drown in the Dead Sea. According to medical authorities, most of the drownings are due to the ingestion of large amounts of the sodium-rich water.