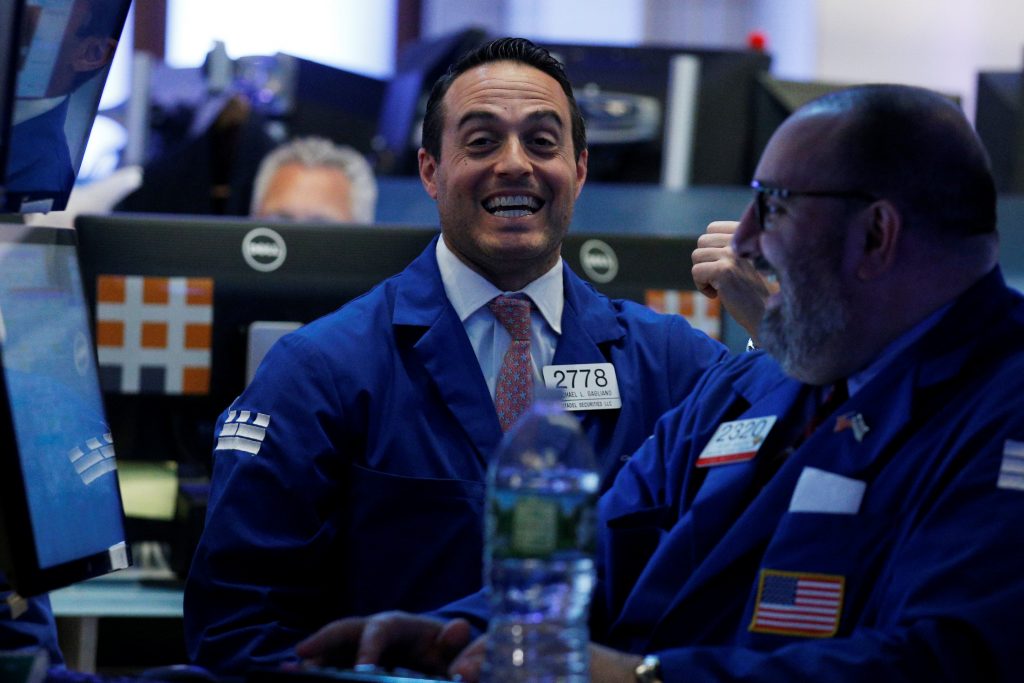 U.S. stock indexes are a bit higher Wednesday afternoon as energy companies are rallying with the price of oil. Consumer-focused companies are down following weak first-quarter reports from Priceline and Disney. Drugmakers and other health-care companies are also down, as a quiet week of trading continues.

The price of U.S. crude has slumped 16 percent this year. The S&P 500’s energy sector has dropped 10 percent over the same period.

MOUSE MISS: Entertainment giant Walt Disney posted lower sales than investors expected and it said profit at its cable networks declined because programming costs at ESPN remain high. Its stock fell $2.86, or 2.6 percent, to $109.21. Recently Disney stock suffered a five-day losing streak partly brought on by concerns about cable advertising revenue. The stock is trading at its lowest prices since January but is still up almost 5 percent this year.

OUT OF LINE: Revenue for online booking service Priceline was a bit lower than analysts expected and the company’s profit forecast for the current quarter was also disappointing. That sent the stock down $99.13, or 5.2 percent, to $1,812. Priceline has soared 44 percent over the last 12 months.

YIPES, YELP: Online review website Yelp plunged after it slashed its revenue forecast for the year. That followed a disappointing first-quarter report, and analysts said the company struggled to retain customers. The stock sank $6.70, or 19.3 percent, to $28 to reach its lowest price in almost a year.

WATCH OUT: Watchmaker Fossil tumbled after another weaker-than-expected quarterly report. The company said sales of traditional watches and other jewelry continued to fall. Fossil stock traded above $100 a share as recently as December 2014 is now trading at eight-year lows as it fell $4.09, or 22.5 percent, to $14.06.

TECH EARNINGS: Video-game maker Electronic Arts and chipmaker Nvidia both reported stronger results than analysts had expected. Electronic Arts rose $14.21, or 14.8 percent, to $110.22 and Nvidia advanced $16.34, or 15.9 percent, to $119.28. Nvidia shares have struggled in the last few months after they tripled in value in 2016, but they are once again near all-time highs.

PRETTY PICTURE: Beauty products maker Coty rallied after its profit and sales topped investor forecasts. The stock had lost about a third of its value over the last year but jumped $2.44, and 13.7 percent, to $20.27.

STOP THE PRESSES: Time, the publisher of Time and People magazines, disclosed a bigger loss and less revenue than Wall Street had expected as print and circulation revenue continued to fall. The company cut its quarterly dividend to four cents from 19 cents, saying it wants to use some of that money to reduce its debts. Its stock fell $2.10, or 13.9 percent, to $13.