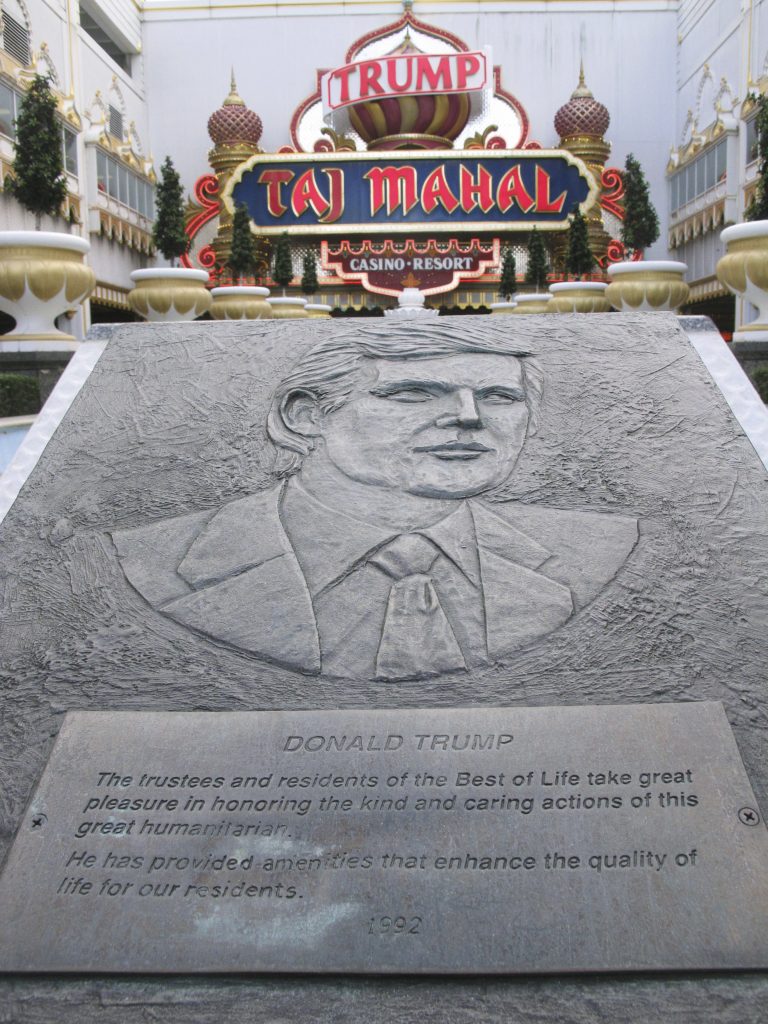 Donald Trump wrote “The Art Of The Deal,” but it was Florida’s Seminole Indians who made a truly amazing deal to buy the opulent casino built by the man who is now president.

The Trump Taj Mahal, the Atlantic City casino that the real estate mogul built for $1.2 billion in 1990, went for four cents on the dollar when it was sold in March. Documents filed with the Securities and Exchange Commission on Tuesday revealed the price that billionaire Carl Icahn got from Hard Rock International for the shuttered casino: $50 million. The sale was publicized at the time, though the purchase price wasn’t.

Mr. Trump, now the nation’s 45th president, dubbed the Taj Mahal “the eighth wonder of the world” when it opened. He cut most of his ties with Atlantic City in 2009, though he retained a small stake in its parent company, Trump Entertainment Resorts, in return for the right to use his name.

At the end, Mr. Trump had no ownership interest at all: His stake was wiped out last year when Icahn acquired Trump Entertainment Resorts from bankruptcy. Icahn and Atlantic City’s main casino workers’ union were unable to agree on a new contract to restore health insurance and pension benefits, and the union went on strike in July.

In October, Icahn shut the casino down, saying he saw no way to make a profit from it, and lamenting losses of $350 million on it.

Icahn retains ownership of the former Trump Plaza casino, which shut down in September 2014.

Hard Rock, which is owned by Florida’s Seminole Indian tribe, plans to reopen the Taj Mahal in 2018 after scrubbing it of its minarets and ubiquitous mentions of Mr. Trump. Hard Rock says it plans to spend $375 million on a renovation that will draw on the world’s largest collection of music memorabilia. Hotel guests will even be lent Fender electric guitars to play in their rooms.

Aside from seeing an opportunity in a market that seems to be stabilizing following the closing of five of its 12 casinos since 2014, the deal makes sense in another way for Hard Rock: The firm has partnered with Jeff Gural on plans for a casino resort in East Rutherford, just outside New York City, if New Jersey voters ever amend the state Constitution to allow casinos beyond Atlantic City. (A referendum to allow it was soundly defeated in November).

Though new legislation will presumably be written for the next attempt at casino expansion, last year’s rules gave owners of existing Atlantic City casinos first crack at one of two new licenses that would have been created had the ballot measure passed. With its ownership of the former Taj Mahal, Hard Rock would be well-positioned for a run at a northern New Jersey casino license.