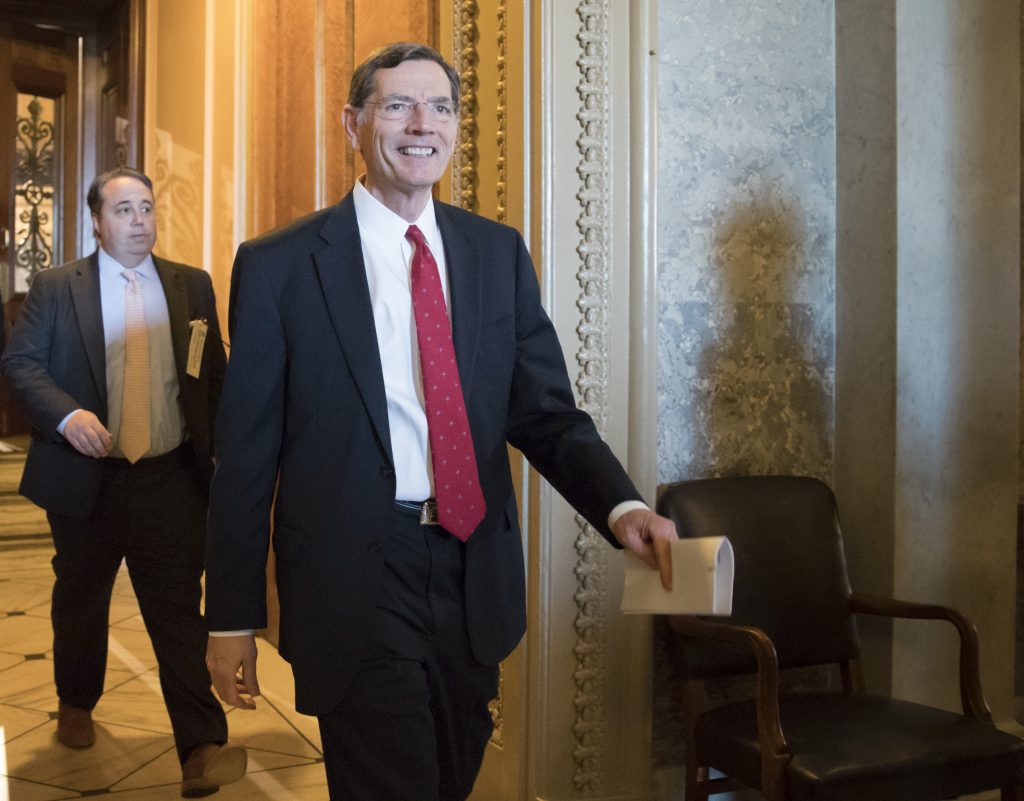 Some Republican lawmakers balked at fully embracing the Trump administration’s climate skepticism Wednesday, as the Senate failed to kill an Obama-era plan for containing methane emissions that had deep support among environmental activists and many landowners in the West.

Three Republican senators joined Democrats in blocking the effort to kill the methane restrictions that the GOP congressional leadership had been confident it could scuttle. The push to scrap the methane rules faltered amid an uprising of protest in Western states, where tens of thousands of residents near drilling operations risk exposure to the toxic compounds that leak in tandem with the methane.

At issue is 41 billion cubic feet of a greenhouse gas leaking from many of the nearly 100,000 oil and gas wells on federally owned land. Methane is among the most potent greenhouse gases, 25 times more powerful than carbon dioxide.

A House vote in March to eliminate an Obama-era Bureau of Land Management rule requiring energy firms to trap the escaping gas and convert it to electricity was followed by a swift public backlash. Several Republican senators wavered on the measure in recent weeks.

The vote, said Gene Karpinski, president of the League of Conservation Voters, “shows that President Trump’s plans to unravel hard-won environmental protections are not a foregone conclusion.” The Republican senators who joined Democrats in voting against the rule were Susan Collins of Maine, John McCain of Arizona and Lindsey Graham of South Carolina.

After the vote, the American Petroleum Institute warned that the methane rule will prove costly to consumers and ineffective at limiting emissions. “The rule could impede U.S. energy production while reducing local and federal government revenues,” said a statement from Erik Milito, who directs upstream and industry operations at API.

The fight over the restrictions does not end with the Senate vote. Trump administration officials have expressed their own misgivings with the methane restrictions, and they will likely work through their agencies to try to roll them back. But such efforts involve a laborious bureaucratic process that is ultimately vulnerable to legal action from environmental groups and states supportive of the methane rule.

The Obama administration had concluded that the amount of methane escaping each year from drilling operations is enough to provide electricity for nearly 740,000 homes. The Government Accountability Office alerted Congress in July that capturing it would boost royalties owed to taxpayers by $23 million.