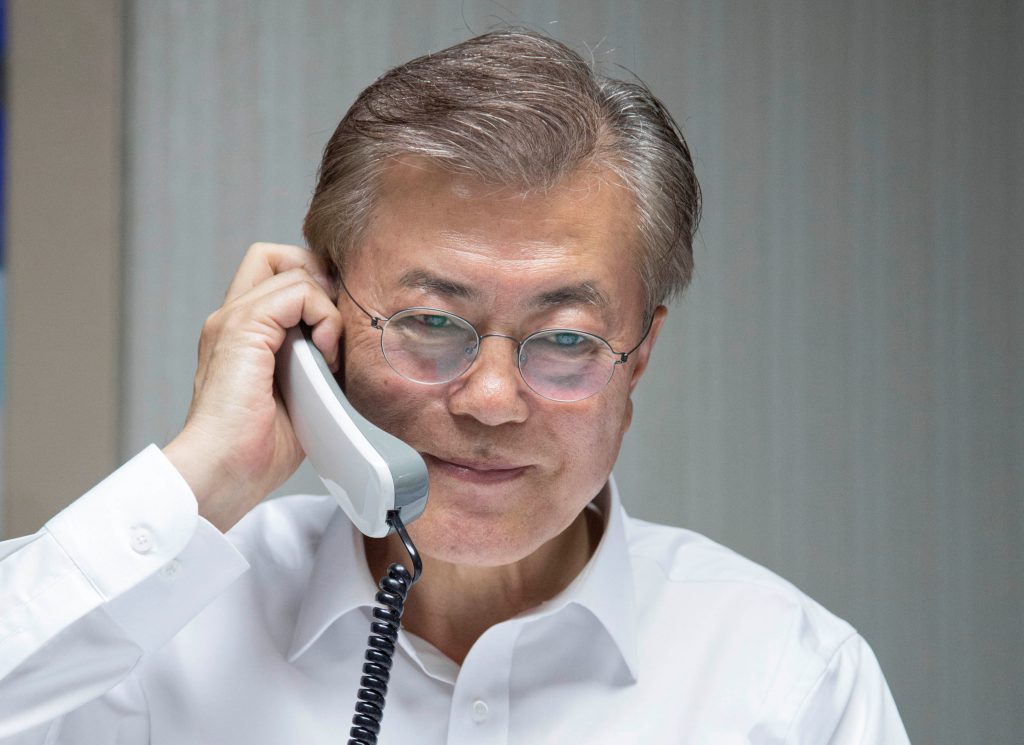 President Donald Trump on Wednesday invited South Korea’s new president to visit the White House after an election victory that could cause friction between the allies over how to deal with North Korea’s nuclear threat.

Trump wants to tighten an economic vise and has raised the possibility of military force as the North approaches the capability to threaten America with a nuclear-tipped missile. Moon advocates a less confrontational policy. As he took the oath of office Wednesday, Moon Jae-in said he was open to visiting Pyongyang under the right conditions to discuss its nuclear program.

In their phone call, Trump congratulated Moon on his election victory and his country’s “peaceful, democratic transition of power,” a White House statement said. The leaders agreed to strengthen the alliance. Moon accepted Trump’s invitation to visit at an “early date.” No specific timing was set.

South Korea’s past decade of conservative rule has encouraged smooth relations with the U.S. Moon’s more liberal approach could fuel tensions, as happened under a liberal South Korean government in the 2000s. The country hosts some 28,000 U.S. forces.

In a sign of Washington’s growing concern about the North, the CIA announced Wednesday its establishment of an integrated “Korea Mission Center.” It will be headed by a veteran operations officer to harness and direct the spy agency’s efforts in addressing the nuclear and ballistic missile threats.

The center will draw on officers from across the CIA and “bring their expertise and creativity to bear against the North Korea target,” an agency statement said.