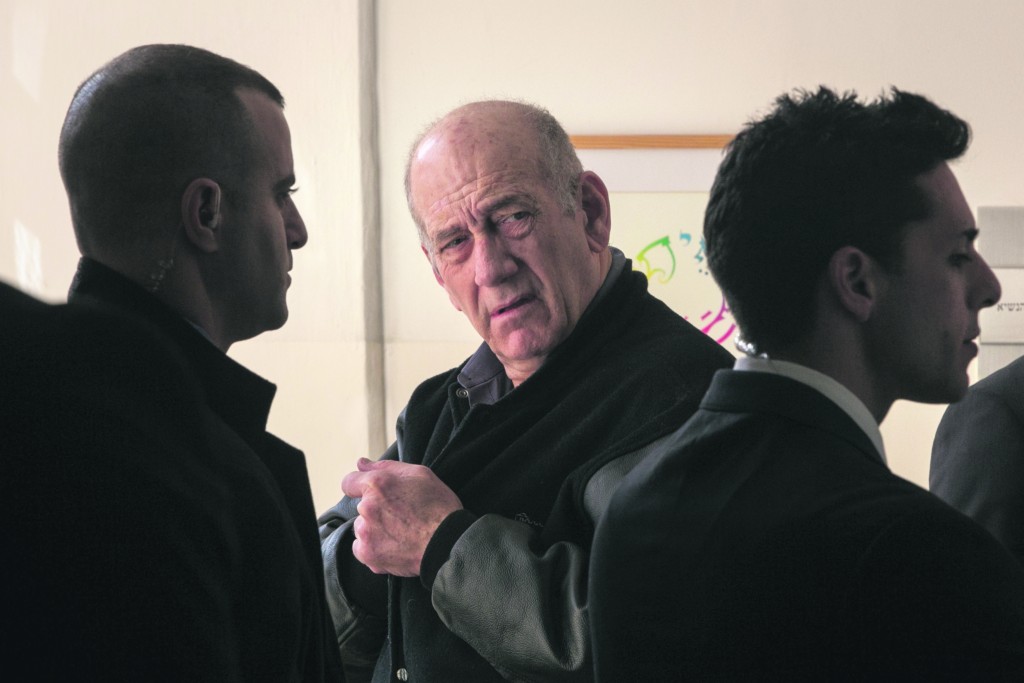 How has Ehud Olmert been spending his time behind prison walls? Writing an autobiography, according to friends and supporters of the disgraced former prime minister quoted by Globes Wednesday. And in the book, they say, Olmert plans to “tell all,” with “many sensational revelations about senior officials, institutions, security incidents, and other ‘sacred cows.’ Everything will be up for exposing.”

Olmert is serving time over convictions for his role in the Holyland construction project scandal, in which the court said that he had illegally approved the apartment project in the Malha neighborhood of Yerushalayim in exchange for favors. He entered Maasiyahu prison in central Israel in February 2016 to begin serving his sentence, after his appeals to overturn his conviction on corruption charges were rejected. A plea for clemency was turned down by President Reuven Rivlin earlier this year, meaning that Olmert will have to serve his full term of 27 months in prison, which is up in the summer of 2018 – unless he is released for good behavior, which could happen at the end of 2017.

Olmert’s purpose in writing the book is not necessarily for profit, but “to clear his good name,” the report quoted supporters as saying. Many of the incidents mentioned in the book are extremely sensitive, the report said, and “dozens of pages” have been excluded by the IDF censor, which must give its approval for publication before the book can be released. Olmert is writing the book in long-hand, it added, as the former Prime Minister does not have access to a computer or email.

Among the “stars” of the book will be current Prime Minister Binyamin Netanyahu, the report said, and much of what Olmert plans to release about him will not be complimentary, to say the least. “This book is very hard for Olmert to write, and it is tearing him apart, but he feels he needs to write it,” a friend of Olmert’s was quoted as saying. “Some of what is in the book will anger Israelis, the Americans, the Arab world, and others. But we expect it to be a best-seller, perhaps one of the biggest selling books worldwide ever to emerge from Israel.”