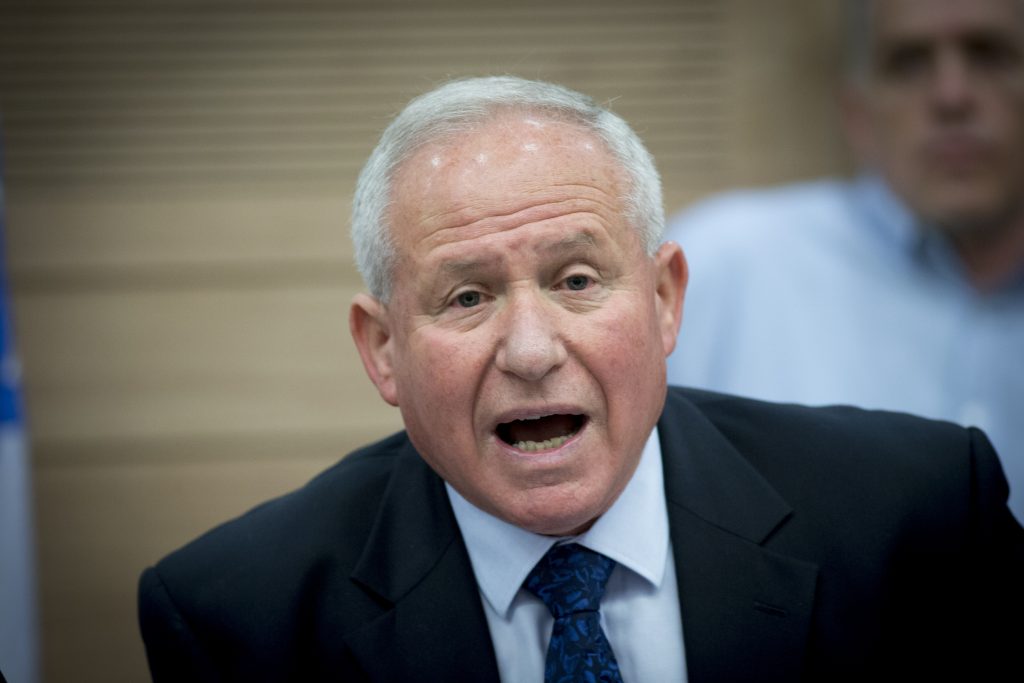 A legislative proposal to declare Israel the nation-state of the Jewish people gained preliminary approval in the Knesset on Wednesday, but not before two Arab MKs were ejected from the plenum for disorderly conduct.

The vote in favor was 48-41, paving the way for a second and third reading of the bill before it can be passed as law.

When the bill’s author, Likud MK Avi Dichter, attempted to defend it from the podium, pandemonium broke loose.

Two Joint List MKs, Hanin Zoabi and Jamal Zahalka, were removed from the plenum by ushers after refusing to let Dichter speak.

MK Michal Rosin (Meretz) asserted that the bill “has no purpose other than to brutally humiliate the Arab population and create a hierarchy between citizens.”

At one point, Joint List MK Masud Ganaim turned to Prime Minister Binyamin Netanyahu, who has thrown his full support to the bill, to ask, “Why do you need more than what the Declaration of Independence says? Why do you need to write it in law?”

“This is a legislation meant to hurt Arabs’ rights,” Ganaim added.

Dichter denied any intention to harm Arab citizens or any other minority.

“There’s disinformation. The bill doesn’t hurt anyone. After 69 years, the state deserves to free itself of Mandate-era definitions. Over the years, MKs from almost all parties have supported this bill, except the Joint List,” Dichter said.

Following an agreement made prior to the first reading, the bill will be held in abeyance for two months, allowing time for the government to amend the current draft, presumably in a bid to soften it to gain broader support.