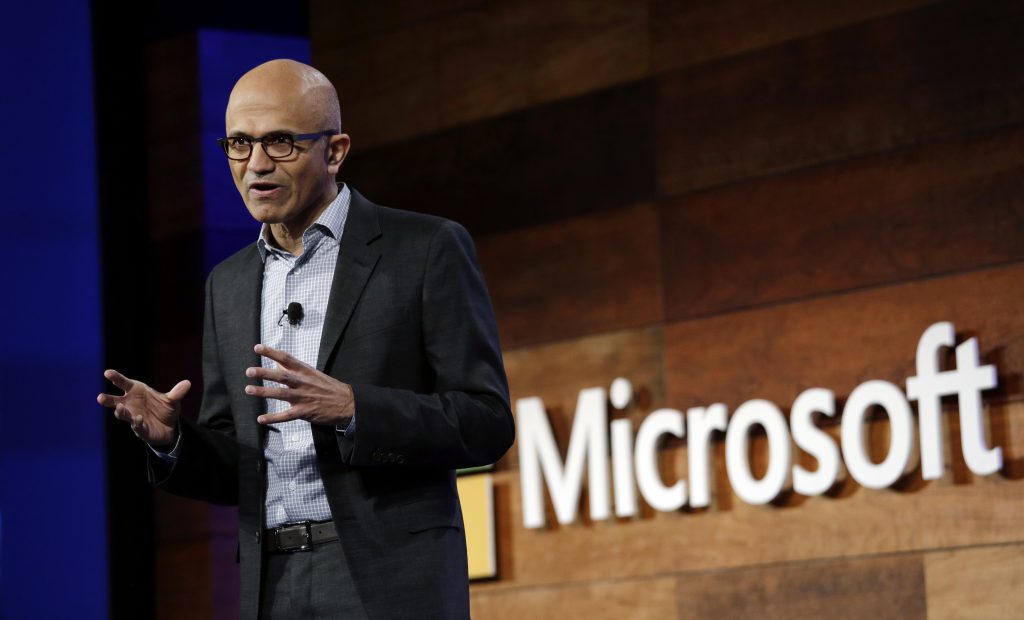 Microsoft says 500 million devices are using Windows 10, bringing the operating system halfway to the goal the company set before its release nearly two years ago.

The company made the announcement at Build, its annual conference catering to software developers. This year’s edition, held in the company’s hometown of Seattle this week after four years in San Francisco, is expected to focus on Microsoft’s ambitions for its cloud-computing tools, a contrast to prior years that focused largely on the company’s consumer products.

But on the conference’s first day, Microsoft provided an update on the uptake of its signature software, released in summer 2015. The company has aggressively pushed Windows 10, encouraging individual customers to take advantage of a free update offer and bringing its massive corporate sales force to bear persuading companies to try the software, too.

Windows 10 was pitched originally as a tool to break the company out of its dependence on the personal computer, software that could bridge the gap between laptops, smartphones, and other devices.

Microsoft has sharply curtailed its ambitions in the smartphone world since then. The vast majority of those 500 million devices running Windows 10 are likely personal computers.

Microsoft initially set a goal of getting 1 billion devices running the operating system by mid-2018. The company abandoned the target last year after the closure of most of its smartphone hardware unit.

The company on Wednesday reiterated some of its other favorite figures.

Office 365, the subscription-based version of the ubiquitous office productivity suite, is being used by 100 million corporate users each month.

And Cortana, the text and voice-activated digital assistant the company has embedded in the taskbar of Windows 10, is being used by more than 140 million customers.

Microsoft executives have said voice-activated software and chatbots able to understand human speech may be the next big step in human interaction with computers.

The company has plenty of competition in commercializing that endeavor. Amazon.com, Google, Facebook and Apple are plugging away at intelligent chatbots and conversational human-computer interaction.